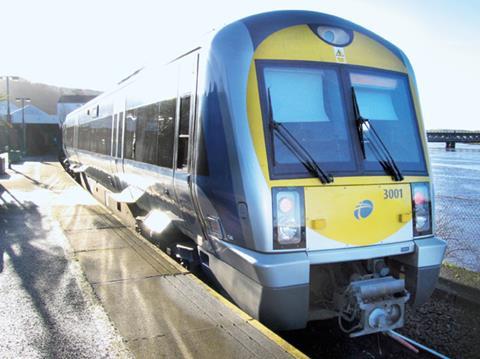 UK: Northern Ireland Infrastructure Minister Chris Hazzard announced on September 5 that Parkeon has been selected to modernise ticketing under a £45m investment programme.

‘The current ticketing system was introduced 15 years ago and serves around 80 million passenger journeys every year’, said Hazzard, adding that ‘a high quality public transport infrastructure is fundamental to encouraging people to use our buses and trains’.

Improvements will include the introduction of the ePurse smart card, which will incorporate daily and weekly fare capping, together with an app for topping up and managing accounts. Translink will also introduce contactless bank card readers on all modes. Contactless payment will initially use the retail model, where each purchase is treated the same as cash, but Translink says that this will ‘provide a platform for potential future deployment’ of account-based ticketing with capping or the card-as-authority-to-travel model. New ticket vending machines will be supplied, and ticket barriers will be installed at railway stations.

The roll-out is expected to begin in 2018 on the future bus rapid transit routes. Contactless payment is to be introduced on Metro and Ulsterbus services in 2019, with Translink rail services to follow.