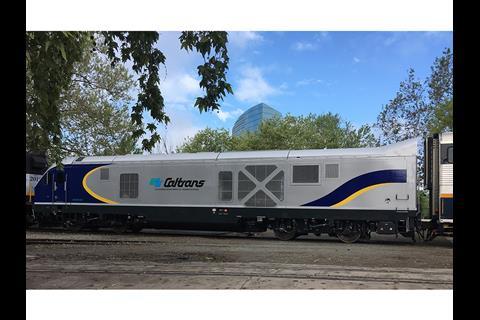 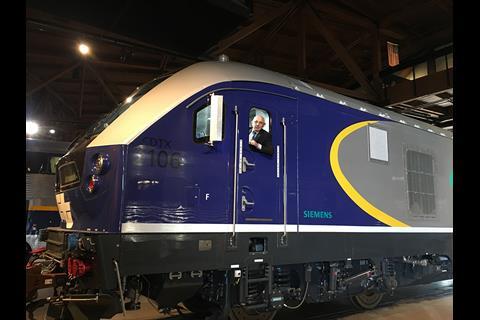 USA: The first of six Siemens SC-44 Charger locomotives for northern California’s Capitol Corridor inter-city route from Sacramento to Silicon Valley, San Francisco, Oakland and Berkeley was unveiled on April 18. A 30-day period of revenue testing is expected to begin by the end of April, ahead of entry into service.

California has ordered the six Charger locomotives for the Capital Corridor at a cost of around $6m each as part of a larger, multi-state procurement involving 22 locomotives for California plus Chargers for Illinois, Washington and Maryland. Funding came from Federal Recovery Act Funds and California Proposition 1B Infrastructure Bonds.

The Tier 4 compliant locomotives have 4 400 hp Cummins QSK95 diesel engines, and are designed to operate at speeds up to 200 km/h. Electronically-controlled regenerative braking uses energy from the traction motors during braking to feed the auxiliary and head-end power systems to reduce fuel consumption.

‘These Chargers will help provide California’s passenger rail services with a fleet of locomotives that meet very stringent emission standards’, said Caltrans Director Malcolm Dougherty. ‘Not only will they make for a more sustainable transportation system, but are also expected to improve reliability y and help efforts to double current state-wide ridership of 5·4 million passengers by 2040.’