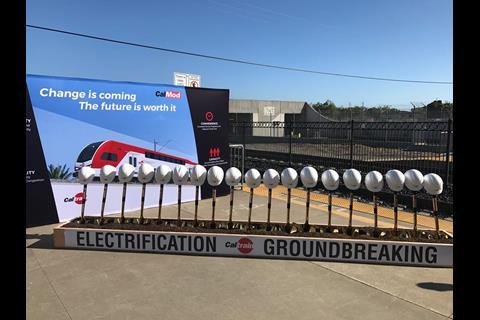 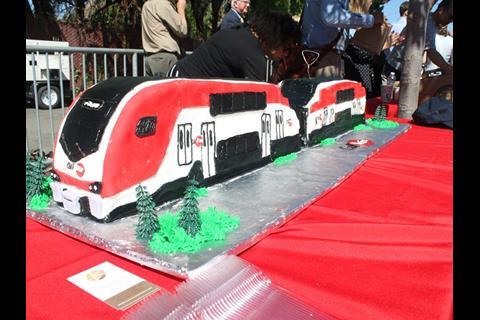 USA: California Governor Jerry Brown was among those present at a ceremony at Millbrae station on June 21 to mark the start of work on the Caltrain Electrification Project.

‘Today marks the beginning of a faster, cleaner, better Caltrain, a Caltrain that will allow tens of thousands of people to travel throughout the Peninsula with ease’, said Caltrain CEO Jim Hartnett.

Balfour Beatty is carrying out work to electrify the 82 km route between San Francisco and San Jose under a $697m contract signed last year. In addition to 25 kV 60 Hz overhead electrification, this covers the supply of two traction substations, one switching substation and seven paralleling substations, as well as replacing the signalling and earthing of existing facilities.

Stadler is to supply 16 six-car double-deck electric multiple-units under a $551m contract also signed last year. This includes an option for a further 96 EMU cars worth $385m.

Envisaged to be completed in 2021, electrification is expected to reduce end-to-end journey times by 15%, and would allow an increase in capacity from 65 000 passengers per day currently to 111 000 by 2040.

The Federal Transit Administration is providing $647m towards the project under a Full Funding Grant Agreement.