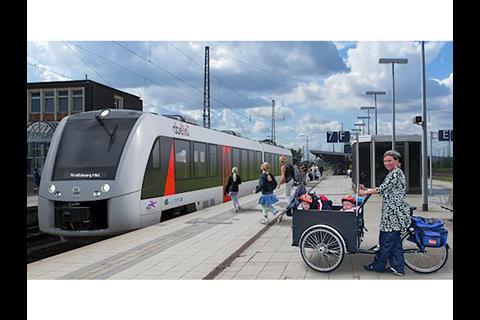 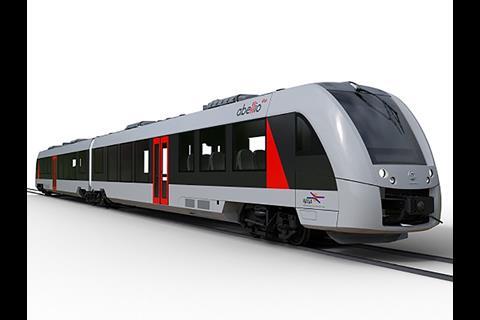 GERMANY: Alstom announced on April 1 that Abellio Rail Mitteldeutschland had placed a €170m firm order for 52 Coradia Lint 41 regional diesel multiple-units, the largest contract for the type to be placed by a single customer.

The DMUs are to be manufactured at Alstom’s Salzgitter plant. They will enter service from December 2018, when Abellio begins operating Dieselnetz Sachsen-Anhalt services connecting Magdeburg, Wolfsburg, Stendal, Erfurt, Halle and Goslar under two 14-year contracts which were awarded by Land transport authority NASA in December 2015. The contracts specified the procurement of new DMUs.

The 140 km/h two-car units will have a capacity of 230 passengers, with a ‘convenient and spacious’ layout, according to Alstom. Most of the fixed seats will have small tables suitable for laptops, and the first class area will have carpets and individual reading lights. An ‘innovative lighting concept’ will include direct illumination of the steps, glass walls and luggage racks. There will be wheelchair spaces and an accessible toilet, an onboard ticket machines, CCTV, wi-fi and an entertainment and information system with screens for static and dynamic passenger information. There will be space for up to nine bicycles, including a socket for charging electric bikes.

More than 2 200 Coradia multiple-units have now been sold, with around 1 900 currently in service in Denmark, France, Germany, Italy, Luxembourg, the Netherlands, Portugal, Spain, Sweden and Canada.