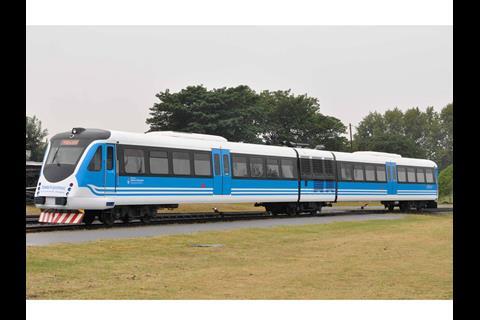 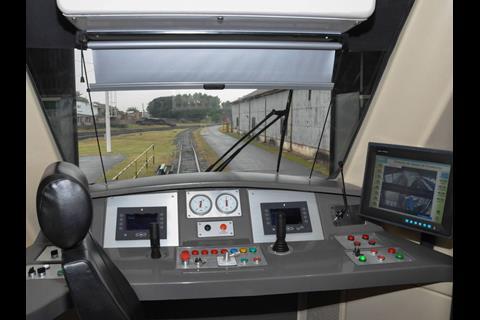 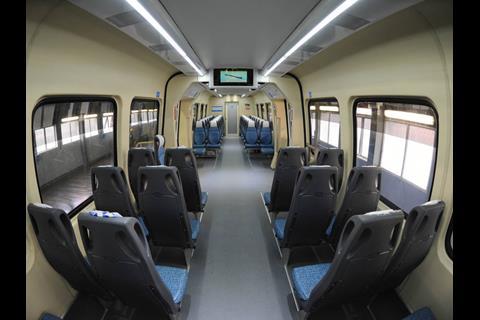 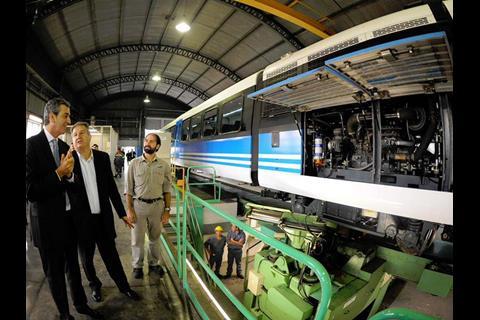 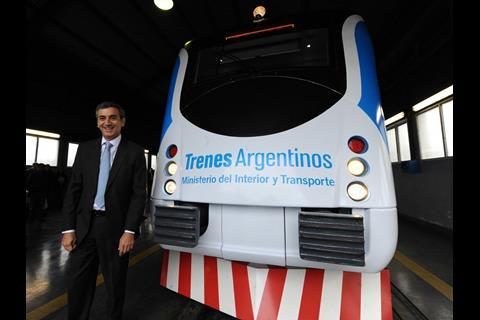 ARGENTINA: On March 25 Minister of the Interior & Transport Florencio Randazzo unveiled the first of 20 Alerce diesel multiple-units that are to be deployed on the 1 000 mm gauge Belgrano Norte commuter route between Buenos Aires and Villa Rosa.

According to Randazzo, 90% of the components for the new trains built by Emepa have been sourced domestically, while ‘100% of the labour is from our country’. Each two-car DMU has 60 seats and capacity for 120 standing passengers, and is equipped with air-conditioning, CCTV and wi-fi.

From next month, the new fleet is due to operate a limited-stop service between the Retiro terminus in Buenos Aires and Boulogne Sur Mer, calling at a relocated station serving the University of Buenos Aires campus as well as Aristóbulo del Valle which is being rebuilt to provide a better bus interchange.