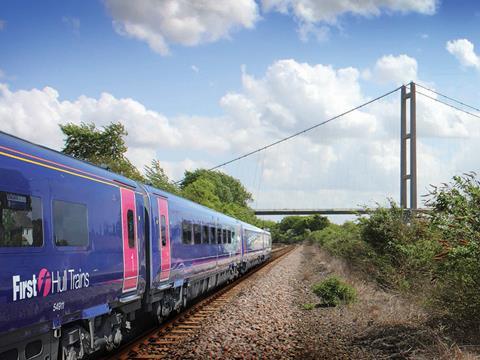 These would enter service in 2020, subject to the successful completion of negotiations with infrastructure manager Network Rail and regulator ORR for a new 10-year track access agreement which would start when Hull Trains’ current rights end in 2019. A leasing company to finance the order has not yet been selected.

Hull Trains said the five-car Hitachi trainsets would have 320 seats, compared to 266 on its existing fleet of Alstom Class 180 five-car diesel multiple-units. They would be capable of running at up to 225 km/h, subject to line speeds being increased from the current 200 km/h limit.

‘The new units will bring an even higher quality environment for passengers with new interiors, enhanced catering, air-conditioning and a quieter environment due to electric traction, all areas that we know are important to passengers’, said Managing Director Will Dunnett.

In a message to stakeholders, Dunnett said the track access application included the purchase of the electro-diesel trains because of ‘uncertainty around the government’s plans for electrification of the Trans-Pennine route.’