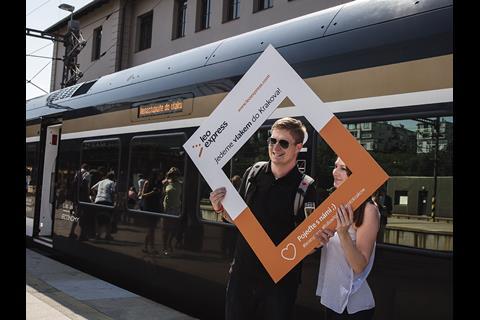 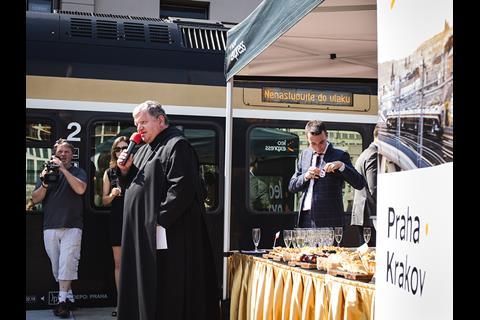 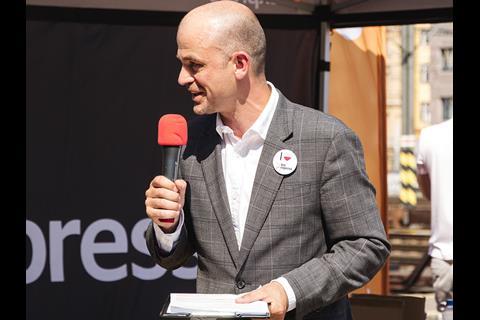 EUROPE: Czech open access operator LEO Express ran its inaugural service from Praha to Kraków on July 20, saying it had become the first private operator to be certified to operate long-distance passenger services on the Polish network.

‘We are looking forward to our new customers from Poland and hope we can make sustainable train passenger transport more popular in Poland, just the way we did it in the Czech Republic and Slovakia’, said LEO Express CEO Peter Köhler. ‘With our entry into the Polish rail passenger market, we look forward connecting more cities in Poland to the Leo Express network.’

Guests who joined Köhler on the first train included representatives of Polish rail regulator UTK, the Śląskie and Małopolska voivodships and municipal authorities along the route, as well as Elżbieta Bieńkowska, European Commissioner responsible for the Internal Market, Industry, Entrepreneurship & SMEs.

The departure from Praha at 16.10 was blessed by the archabbot of the Břevnov monastery Petr Prokop Siostrzonek.

Trains will leave Praha hl n at 16.10 on Fridays and Sundays, calling at Polish destinations including Tychy, Katowice, Mysłowice, Oświęcim and Zator before arriving in Kraków at 23.19. The return leg leaves Kraków at 05.04 on Saturdays and Mondays and arrives in Praha at 11.39. LEO express plans to increase the number services once ongoing engineering works in Poland are completed.