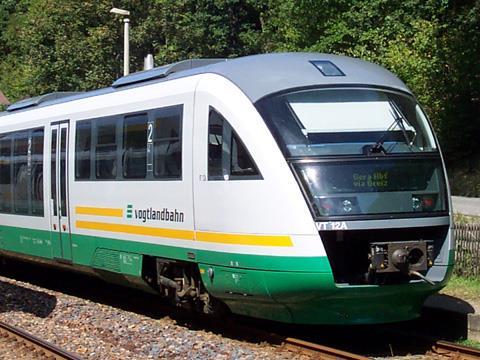 GERMANY: UK bus and rail operator National Express announced on August 17 that it was seeking to enter the regional rail market in Germany, with the formation of a local subsidiary. Based in Düsseldorf, National Express Rail GmbH has reportedly already prequalified for contracts to operate four regional lines.

‘We are very excited about the opportunities in the German rail market’, said Andrew Chivers, head of the rail sector at National Express Group. ‘National Express has been able to draw extensive experience as a high-quality and customer-oriented passenger operator, and we hope to be active in Germany for many years.’ In its home market, National Express is currently bidding to retain the Essex Thamesside franchise east of London, which it operates as c2c, one of the best-performing franchises in the UK.

Chivers said the grouphad put a ‘strong team’ in place at National Express Rail GmbH, which is headed by Tobias Richter, who has joined from DB Regio. At one time he was Director of Regentalbahn AG and CEO of Vogtlandbahn GmbH, which both became part of Arriva Deutschland and are now owned by Netinera. More recently he co-founded open access freight operator Integro Transport GmbH in Reichenbach.

The NERG team is also being supported as a strategic consultant by Wolfgang Meyer, CEO of Essen-based transport consultancy Linearis and President of the independent operators’ association Mofair.