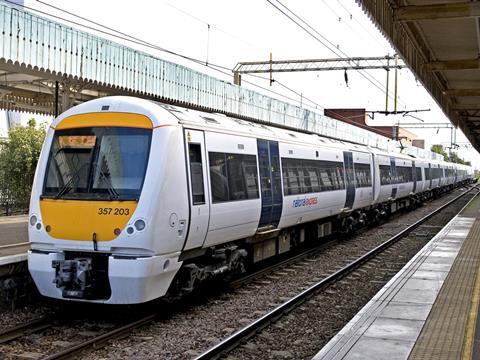 UK: The Department for Transport announced that incumbent National Express had been selected as preferred bidder for the next Essex Thameside franchise on June 27.

The franchise covers a largely self-contained network of commuter services into London Fenchurch Street station from Tilbury, Southend and Shoeburyness.

Under the new franchise, National Express has undertaken to:

Over the last 14 years ridership on the franchise operated by National Expresses under the c2c brand has increased by 42% to 37 million passenger-journeys/year, the majority being peak commuter travel to and from central London.

'National Express is very proud of our record on c2c, transforming it from the "Misery Line" into consistently the best performing railway in the country', said National Express CEO Dean Finch. 'We have identified where to invest to enable c2c to be truly tailored to meet customers' needs and to pioneer new levels of service not seen in UK rail. We believe our ambitious plans will transform the franchise again. Today's announcement is good news for passengers, taxpayers and shareholders alike.'