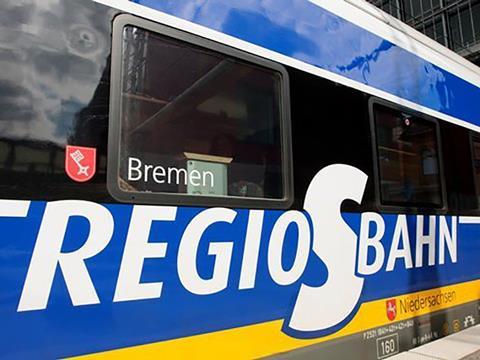 GERMANY: Transdev-owned incumbent NordWestBahn has been confirmed as the winner of the next contract to operate Regio-S-Bahn Bremen/Niedersachsen passenger services, following an international tender called by the two Länder.

The contract runs from December 2021 until December 2036. It covers routes:

A planned increase in train frequencies from 2022 will take the services to around 6·5 million train-km/year. There will be trains every 30 min from Bremen to Bremerhaven and Oldenburg, and an express service between Bremen and Bad Zwischenahn. Electrification to Wilhelmshaven will be completed by the end of 2022

NordWestBahn is to acquire a further 16 trainsets, taking the fleet to 51 to provide an increase in capacity and a larger operating reserve.

Head of Land transport authority LNVG Carmen Schwabl said the bidding for the contact had been close, but NWB offered the best value for money.