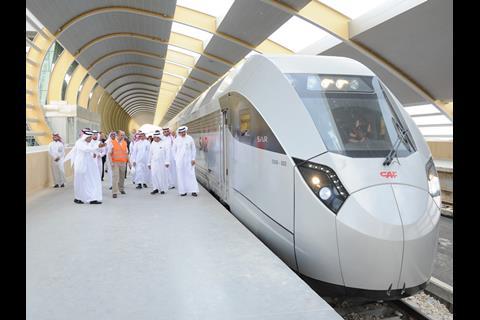 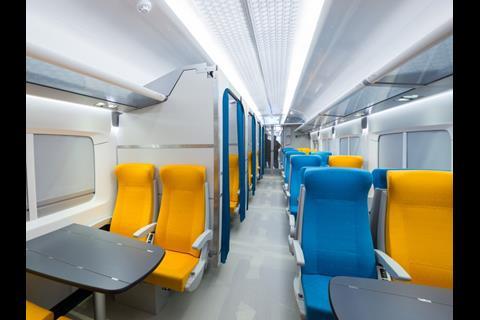 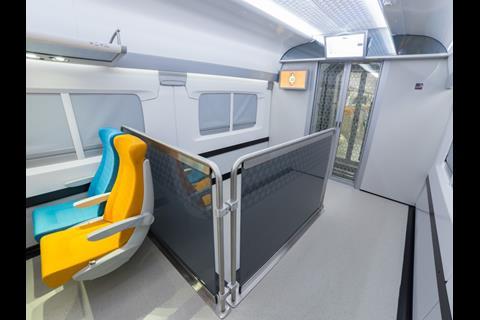 SAUDI ARABIA: Saudi Railway Co is on course to launch regular passenger services on the North-South line at the beginning of 2017, the Governor of Riyadh Prince Faisal Bin Bandar confirmed following a test run from the capital on October 20.

Speaking after the trial run with a CAF-built trainset between Riyadh and Al-Majma’ah, he said services would begin ‘within two or three months’. The passenger trains will operate over a 1 250 km route linking Riyadh, Unayzah, Buraydah (Al Qassim), Hail, Al Jawf and the northern city of Al Qurayyat; bulk freight trains have been running on the SAR network since 2011.

CAF is supplying a fleet of trains for both daytime and overnight services under contracts signed in 2012 and 2014. The original order covered six diesel-electric power cars and 27 coaches for day services plus two power cars and 13 coaches for the overnight trains; an additional power car and five further coaches were ordered as spares. The 2014 order added three further power cars and 17 more coaches. Each power car has two diesel engines rated at 1 800 kW.

Although Saudi Railway Co says train lengths will be variable to match demand, a standard day set will have seats for 444 passengers while the night trains will offer berths and seating for 377. The day services will operate at up to 200 km/h between Riyadh and Hail with night trains running at up to 160 km/h between Riyadh and Al Qurayyat. The trains will operate through areas where temperatures can fluctuate between -5°C and +50°C. Wind-blown sand is a particular hazard with wind speeds reaching 90 km/h.

There are eight types of intermediate vehicle: sleeping and restaurant cars, luggage vans, car carriers and four types of car with seating in business or economy class; in each class there are special cars with prayer sections or family areas. Accommodation is also provided for passengers in wheelchairs.