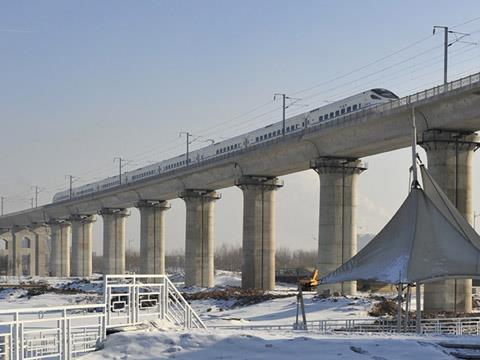 The line has an annual capacity of 23 million passengers, with 20 services in each direction per day. The new station at Jilin has eight platforms and 14 tracks with separate areas for high speed and conventional trains It covers 53821 m², including a 20125 m² concourse above the platforms. Changchun's main station is currently being enlarged.