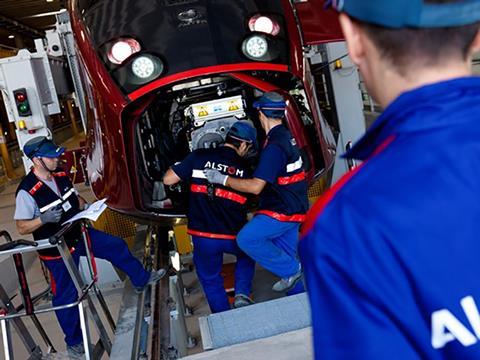 The first of the 250 km/h Pendolino trainsets is scheduled to be delivered in 2017, complementing NTV’s existing fleet of 25 Alstom AGV Italo trainsets.

Alstom said the seven-car trainsets would be 187 m long with capacity for around 500 passengers, with an interior configured to offer ‘high comfort and improved passenger experience’.

Alstom said the contract was awarded ‘on the basis of a long and rigorous selection process’, and would meet NTV’s requirements for ‘flexible trains capable of providing excellent performance on both conventional and high speed lines’.

The Pendolino family is part of Alstom’s Avelia range of inter-city and high speed trainsets, alongside the Euroduplex and AGV. Design and production will be undertaken at the company’s Savigliano plant, with Sesto San Giovanni responsible for design and production of the traction systems and Bologna for the train control equipment. Maintenance will be carried out alongside the Italo fleet at Nola depot near Napoli.