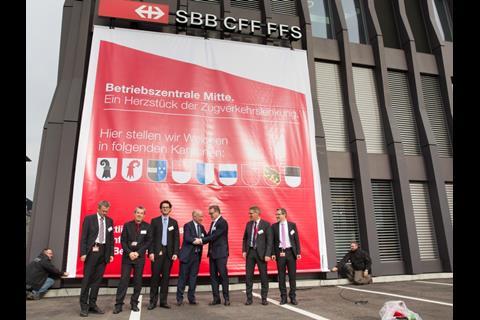 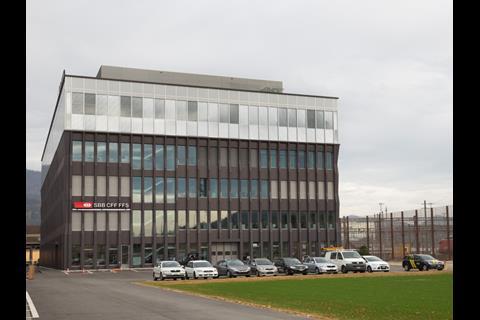 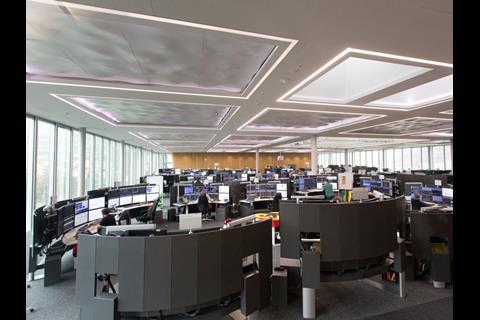 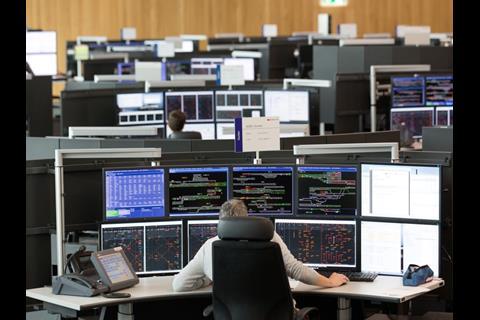 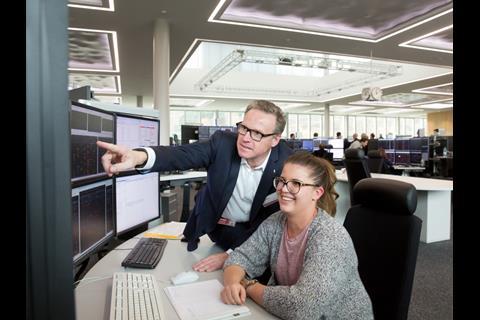 BZ Mitte is one of four regional centres that will eventually manage the entire SBB network, under a consolidation programme launched in 2006. BZ West in Lausanne was opened in May 2010, followed by BZ Ost at Zürich Airport in December of that year, and BZ Süd at Pollegio in April 2014.

Built at a cost of SFr99m, the new centre is located on a former industrial site close to Olten station. Site clearance began at the end of October 2011, and the foundation stone for the 25 m high building was laid in July 2012. The first workstation went live at the end of 2014, under a phased programme which will see the management of train operations at 190 stations migrated into the new centre by the end of 2017.

With a staff of 350, BZ Mitte is replacing 30 separate signalboxes with around 630 staff. It will be responsible for all train operations between Basel, Bern, Brugg and Luzern. According to SBB the centre will eventually control more than 3 000 signals and 2 800 turnouts. By the time the migration has been completed, the railway anticipates that annual train-km operated in the central region will have increased by a further 15%.