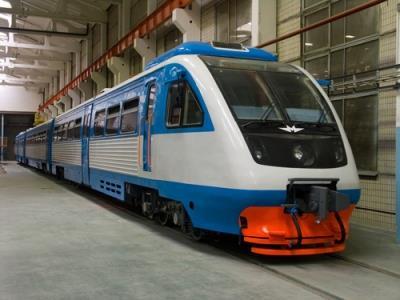 RUSSIA: Speaking at the opening of the Swissrail Forum in Moscow on July 12, Swiss Federal Councillor and Head of the Economic Affairs Department Johann Schneider-Ammann announced that Stadler Rail had won its first order from Russia.

Under a deal valued at SFr240m, Stadler is to supply 100 four-axle diesel drive units to Transmashholding. The drives are intended to power a batch of 50 diesel multiple-units which will be assembled for Russian Railways by TMH subsidiary Metrovagonmash at Mytishchi.

An initial two prototype drive units will be delivered at the end of 2012, allowing Metrovagonmash to complete an initial trainset for certification and delivery to RZD in the first quarter of 2014. The option for the remaining 98 drive units to power the 49-strong series build of DMUs would then be exercised.

Stadler Group Chairman Peter Spuhler said he was ‘very proud that our well-proven technology will be applied for the first time in Russia’, adding that he was ‘particularly pleased’ that despite continuing difficult economic times, ‘we have been able to win a first order in a new market with huge potential’.

Stadler is already working on three orders to supply broad-gauge Flirt multiple-units for the Baltic region: 38 for Estonia, 32 for Finland and 10 for Belarus. The first trains for Finland and Belarus are already in operation and the remainder are currently in production.