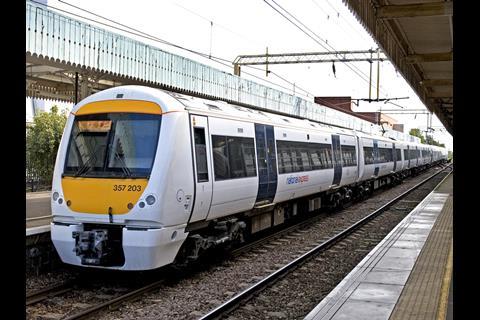 UK: Italian national railway FS Group has completed the first step in its plan to establish a major presence in the UK rail market, with the closing of Trenitalia UK’s acquisition of Essex Thameside franchisee c2c from National Express Group.

The transaction was completed on February 10, after the Department for Transport granted final consent to proceed with the deal announced on January 11. Trenitalia assumed responsibility for operations with immediate effect.

‘I am pleased that we have been able to conclude this acquisition so rapidly, and we can now immediately start to concentrate on the day-to-day business of c2c’, said Trenitalia CEO Barbara Morgante.

Trenitalia has paid £72·6m for c2c, while parent company FS Italiane takes over the function of guarantor with DfT, paying NEG an extra £35·0m to settle an inter-company loan granted to the franchisee.

The deal resulted in a ‘small’ net profit for NEG. ‘This sale provides National Express with the opportunity to invest further in our strong pipeline of growth opportunities in markets where we consistently receive strong returns’, said Chief Executive Dean Finch.

Trenitalia is to retain c2c’s brand and current structure, led by Managing Director Julian Drury. It said the franchise would benefit from ‘innovative technology’ proven in the Italian market, such as ‘advanced ticketing’.

‘We are strongly committed to the UK market, and look forward to passengers increasingly benefiting from our experience, competence and ability to innovate’, said Morgante. ‘I am confident that the good relationship established with DfT, demonstrated by our recent mutual co-operation during the change of control phase, will be strengthened and reinforced over the next years, and be leveraged in future common innovative projects in line with British passengers’ demands.’

As part of FS Group’s ambitions to expand internationally, in December 2015 Trenitalia became the first potential new entrant to the UK market to be awarded a Pre-Qualification Questionnaire Passport enabling it to bid for franchises without needing to resubmit corporate data. Last month it announced it would bid for the future East Midlands and West Coast Partnership franchises through joint ventures with FirstGroup.