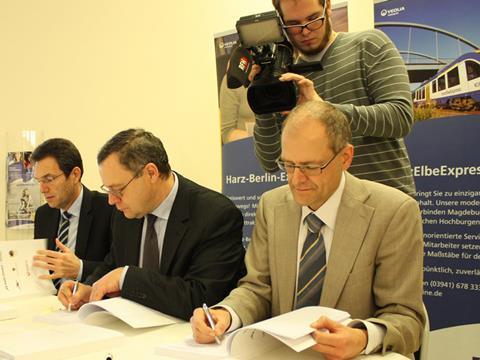 The service is to be branded as Harz-Elbe-Express Line 4, replacing the current Deutsche Bahn RE4.

The contract covers the operation of 1 million train-km/year. Veolia is to deploy existing Alstom Lint 41 diesel multiple-units, replacing the DB Class 612 tilting trainsets currently used on the route. Journey times will be increased as result, but Veolia said passenger comfort would be improved and there would be enhanced journey opportunities.

From December 2018 the service will be integrated into the Dieselnetz Sachsen-Anhalt service group, which is now being tendered.