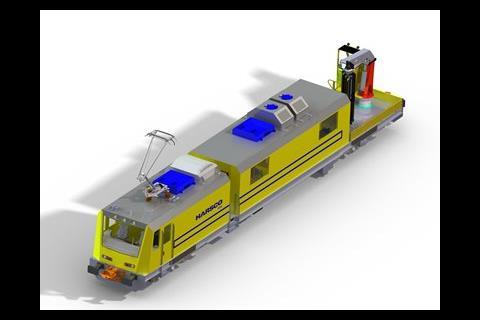 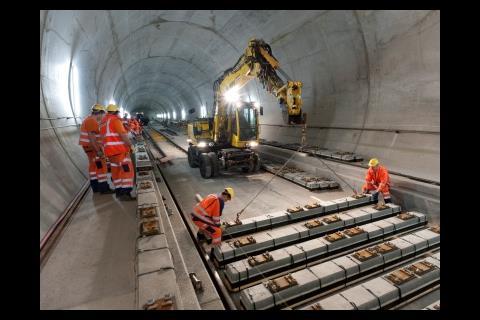 SWITZERLAND: SBB has ordered a fleet of specialist track and infrastructure maintenance equipment from Harsco Rail for use in the Gotthard and Ceneri base tunnels from 2016.

Valued at SFr93·7m, but with provision for further options, the contract announced on October 30 covers a fleet of 31 specialist machines including 13 powered units. These Utility Track Vehicles are described by Harsco as 'a highly versatile rail-based maintenance configuration, equipped with cranes, generators and/or work platforms'.

Although Harsco has previously supplied UTVs to other railways, the machines for the AlpTransit base tunnels will be powered by a newly-developed 'dual-mode traction system' which will minimise exhaust emissions in the tunnels as well as diesel fuel consumption.

Harsco Rail will design and manufacture the vehicles in Europe, and has committed to purchasing 40% of the content for the UTVs from Swiss companies. The fleet will also incorporate a range of components from ‘other proven European railway suppliers’. Delivery is scheduled to run from January 2015 to April 2016.

According to SBB, the new vehicles are ‘an important prerequisite for optimum maintenance’ of the two base tunnels, which will 'guarantee our customers flawless, safe and punctual rail operations on the new north-south Gotthard axis’. The vehicles are to be stationed at the two maintenance and intervention depots now under construction at Erstfeld and Biasca.

‘This contract is a major strategic win that goes beyond simply the dollar size of the order’, said Harsco Corp President & CEO Patrick Decker. “Not only does it energise the growth of our European Rail business model and support our future objectives, it speaks to our capacity for technical innovation and responsiveness to stringent customer specifications.’