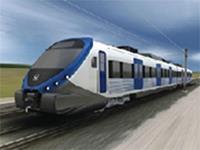 CHILE: State railway EFE has completed a second local bond issue worth the equivalent of US$93m, issuing a total of 379 units. The annual interest rate of 3·54% and the fact that the issue was 3·3 times oversubscribed demonstrated the confidence of investors in the company and its support from the Chilean government, according to EFE President Joaquín Brahm.

In December 2012 a first bond issue had raised the equivalent of US$372m. Looking to reduce its financing costs by US$35m over a period of three years, EFE has been converting debt issued in US dollars to ‘development units’ indexed against the rate of inflation, thereby reducing exchange rate risk.

From the proceeds of its debt restructuring programme, EFE has allocated US$88·5m to paying off an existing bank loan with the remainder to be used to fund commuter projects, following spending of US$458m agreed under its three-year plan for 2011-13. Under the upgrade of the Santiago – Rancagua route due for completion in 2014, the first of 12 Alstom X’Trapolis EMUs is due to be delivered in November, while next year should see the delivery of eight new EMUs for the Merval network in Valparaíso to increase capacity to 27·6 million passengers/day from 2015.

Longer-term projects due to start in 2014 include extending the Biotrén network from Concepción to Coronel, requiring doubling and the electrification of 39·8 km of track to meet an estimated demand of 5 million passengers/year. Introducing commuter services on the 61 km route between Santiago and Melipilla, where demand is estimated at 31 million passengers/year, would require a fleet of 22 new trains to serve a total of 11 stations.