EU rail freight is failing to respond to the market 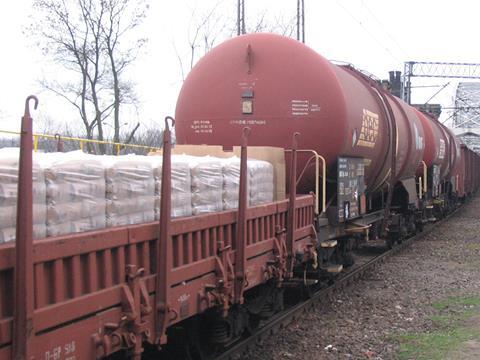 EUROPE: The rail freight sector in the European Union has failed to respond effectively to road competition, according to a report issued by the European Court of Auditors on May 24.

‘Extra funding will not resolve the problem by itself’ if strategic and regulatory issues are not addressed, according to Ladislav Balko, Member of the Court of Auditors responsible for the report. ‘The Commission and the member states need to help train and track managers improve rail freight’s reliability, frequency, flexibility, customer focus, transport time and price’, the main factors that influence shippers when choosing transport modes.

In its report the ‘Rail freight transport in the EU: still not on the right track’, the Court of Auditors says road, rail and inland waterways freight transport volumes in the EU have stabilised at around 2 300 billion tonne‑km/year, with road accounting for approximately 75%. In 2011 the Commission set a target of shifting 30% of road freight travelling more than 300 km to other modes by 2030, and over 50% by 2050.

The auditors visited the Czech Republic, Germany, Spain, France and Poland between mid-2014 and mid-2015, and reviewed the performance of the rail freight sector since 2000. They found that shippers ‘clearly prefer’ road over rail. Rail freight’s average share at EU level has declined slightly since 2011, although countries such as Austria, Germany and Sweden have managed to achieve better results. The average speed of freight trains is just 18 km/h on many international routes, although faster on designated freight corridors.

The auditors say there has been uneven progress with market liberalisation. A Single European Railway Area is still a long way from being achieved, with very different national rules governing path allocation and pricing, as well as traffic management procedures which are not adapted to freight needs.

The auditors says the EU has contributed €28bn to rail projects in 2007-13, but this was not primarily targeted at freight. In addition, poor maintenance can affect network sustainability and performance, resulting in speed restrictions and even route closures.

The report recommends that the Commission and the member states address weaknesses in market liberalisation, traffic management, administrative and technical constraints, as well as performance monitoring and transparency and fair competition between modes. It also recommends that policy objectives be matched more consistently to funding and selection of projects.

The European Rail Freight Association which represents new entrants to the market told Railway Gazette that it agreed with the main findings of the report, and said many of the issues raised were well-known. ERFA is concerned that parts of the rail sector still act like monopoly service providers and have not adapted to attract customers. It stressed the need for a ‘frank discussion’ on how to support a competitive rail sector, including the need to allow short-term access requests, questioning the political prioritisation of passenger services over freight, and stressing the importance of performance indicators to help steer improvements.

ERFA said customers lack choice of operator compared to road, highlighting consolidation in the rail sector where incumbents have increasingly bought up small private operators. It pointed out that ‘customers choose rail not on the basis of EU policy priorities, but on business decisions based on performance and quality’, and there is a need to ‘restore confidence in the ability of rail to deliver’.