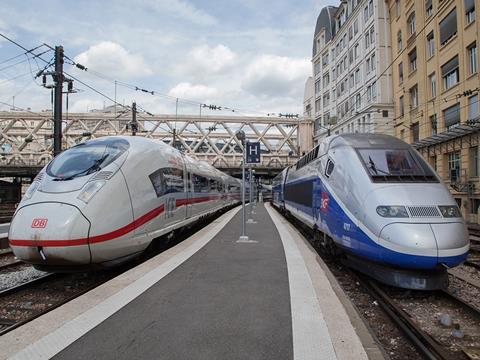 EUROPE: European Union transport ministers reached unanimous agreement on the general approach to the political pillar of the Fourth Railway Package at a meeting of the EU Transport Council on October 8. The ministers endorsed the two principles of gradual opening of member states’ domestic rail markets and proposals intended to provide better governance of the rail sector.

The European Commission, Parliament and Council will now begin trialogue negotiations to reach an agreement on the text of the regulations.

Under the proposals, train operators would have non-discriminatory access to the networks of member states to operate domestic passenger services, either competing commercially with other operators or bidding for public service contracts.

The Council has agreed that competitive tendering should be the main way of awarding public service contracts. However, direct awards without tendering would be possible ‘if justified by the structure and geographical characteristics of the market and network and if it would improve the quality of services and/or cost-efficiency.’ Operators would have to meet objective and measurable performance criteria such as train punctuality and service frequency.

The Council believes that existing organisational structures are largely compatible with the Fourth Railway Package’s objectives. However, targeted measures would address ‘potentially problematic’ situations, including conflicts of interest and a lack of transparency in transferring funding between infrastructure managers and train operators. Loans between different entities would not generally be prohibited, unless they posed a risk to the fair operation of the market.

The timescales which the Council has agreed for implementation of these changes are longer than those put forward by the Commission. There would be a period of 10 years when national authorities could directly award public service contracts without having to justify their use, and existing contracts would be allowed to run until they expire. Member states would have three years to implement key rules on independence and financial transparency, with non-discriminatory access required from 2020.

The Rail Delivery Group, which represents the UK rail industry, said the agreement was a compromise between countries which ‘wished to see far more ambitious open markets’, and those ‘who wished to retain national state-owned structures’. RDG said it ‘fully supports this compromise as a useful step forward.’

Libor Lochman, Executive Director of the Community of European Railway & Infrastructure Companies, said that ‘generally speaking, good texts have been found’, which would ‘constitute a sound basis for the negotiations with Parliament’. He called on the Council and Parliament to proceed with the publication of the parallel technical pillar of the Fourth Railway Package, saying the rail sector ‘urgently needs harmonised authorisation and certification procedures to achieve dramatic cost reductions, it cannot wait any longer.’

The European Transport Workers’ Federation said it was pleased that the Council had not accepted a ‘dogmatic approach’ imposing competitive tendering. However, it was concerned that the Council ‘did not improve the protection of public transport workers whose working conditions and job security are endangered by competitive tendering procedures’, and called on Parliament to insist on the transfer of personnel and the inclusion of social criteria in tender specifications.