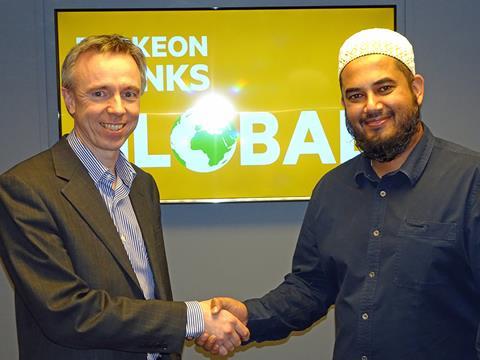 Ticketing technology company Parkeon has appointed Kuwait-based IT firm Coaxial as its fare collection systems partner for the Gulf region. ‘Parkeon has already been involved in numerous public transport automatic fare collection projects in the region, but we see even greater opportunities opening up through the Coaxial partnership as Gulf countries look to transform their rail and bus networks’, said Ashley Bailey, Business Development Manager at Parkeon Transportation.

Frauscher India and Hitachi have founded a joint venture to supply axle counting systems for the Indian market. ‘We are proud to support Hitachi with specific know-how to fulfil their customer requirements in the most efficient way’, said Alok Sinha, Managing Director Frauscher Sensor Technology India.

John Holland has opened a Singapore office, home to its fifth regional business. ‘The move coincides with the award of the contract to construct the new Siglap station on the Thomson–East Coast Line as part of a joint venture with Zhen Hua’, said Regional General Manager, South East Asia, John Anderson on April 27.

Having been acquired in May 2015, Signalling Solutions Ltd was formally integrated into Alstom with effect from April 1.

Network Rail Property gained greater independence from the UK infrastructure manager on April 1 with its establishment as a property company with its own board which will approve investments in NR’s estate and make decisions about property disposals which NR hopes will generate £1·8bn. ‘Our new property company will have greater powers to unlock land for homes, drive economic growth in towns and cities and reinvest money into the rail network to help fund the Railway Upgrade Plan‘, said David Biggs, Managing Director of NRP. ‘It will mean that investment or asset disposal decisions can be made at the right level within the organisation in a timely way while ensuring appropriate oversight is in place.’