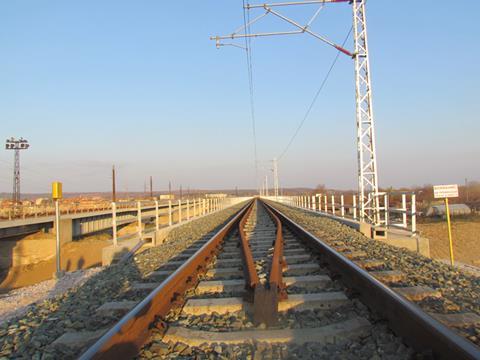 BULGARIA: Caretaker Prime Minister Marin Raykov and caretaker Minister of Transport Kristian Krastev inaugurated the upgraded 19 km section of Pan-European Corridor X between Svilengrad and the Turkish border on May 9.

The project undertaken by Czech firm OHL ZS under a €84m contract awarded by National Railway Infrastructure Co included construction of a new electrified alignment suitable for 160 km/h running and the construction of a 500 m long bridge over the River Maritsa.

Krastev said it was the first Bulgarian rail project to be completed using funding from the EU Operational Programme for Transport 2007-13, and its successful completion would help to make the case for applying for funding for the purchase of new trains under the next OP period.