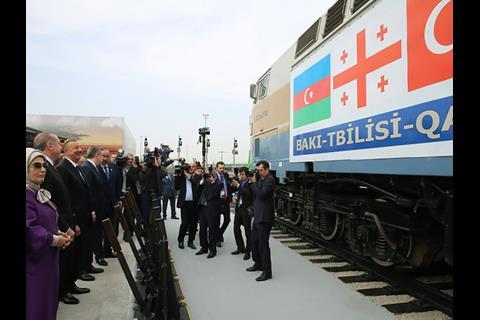 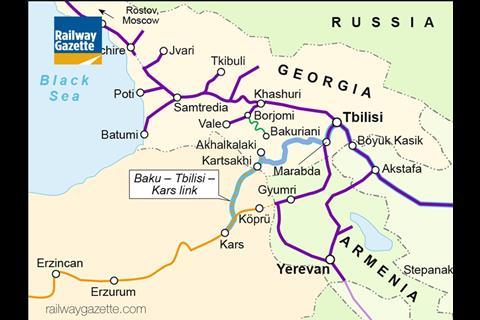 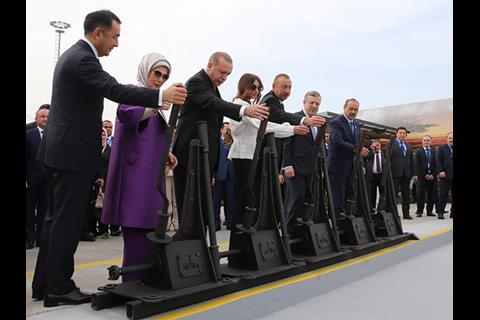 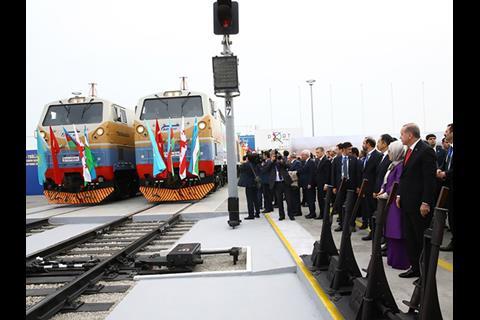 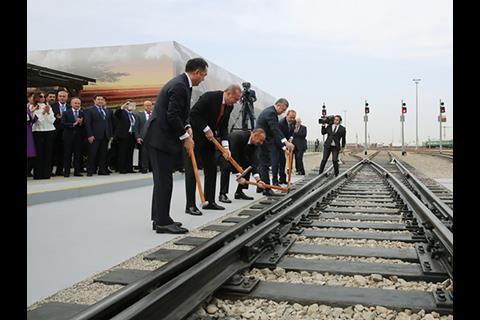 INTERNATIONAL: The presidents of Turkey and Azerbaijan and the prime ministers of Georgia, Kazakhstan and Uzbekistan attended a ceremony at the Port of Baku on October 30 to dispatch an inaugural freight train on the Baku – Tbilisi – Kars corridor. The heads of state and government then travelled to Alat station by train.

The 849 km BTK programme is central to plans to create a rail corridor from the Caspian Sea to Europe via Turkey. It involved upgrading infrastructure in Azerbaijan and Georgia, rehabilitating 153 km of unused 1 520 mm gauge line from Marabda to a break-of-gauge facility at Akhalkalaki, and building 110 km of 1 435 mm gauge line to Kars via a 4·4 km tunnel under the Georgia-Turkey border at Kartsakhi.

This completes the missing link between Georgia and Turkey, replacing a route through Armenia which has been out of use since the crossing between Turkey and Armenia was closed in 1993.

Speaking at the inauguration, Turkey’s President Recep Tayyip Erdoğan said the BTK railway had become a reality because of the friendship of Azerbaijan, Turkey and Georgia. He said shipments from China would be able to reach Europe in 15 days using the BTK route, and the initial capacity of 6·5 million tonnes of freight and 1 million passengers per year was expected to increase to 17 million tonnes and 3 million passengers per year in 2034.