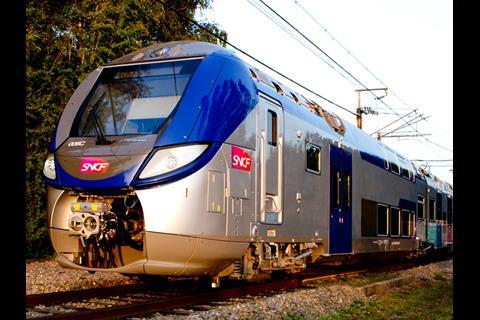 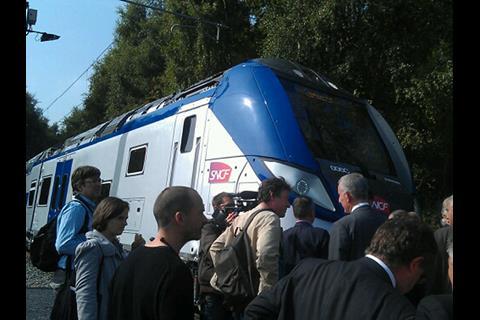 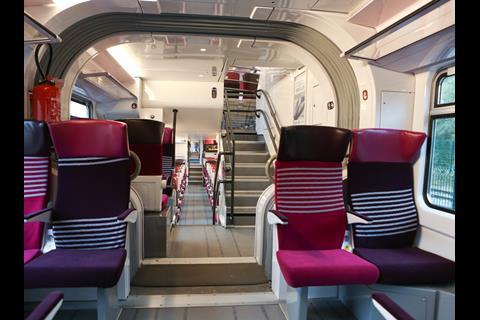 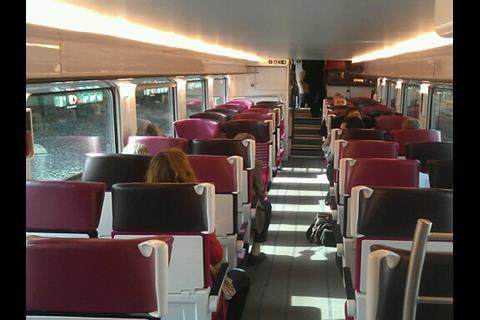 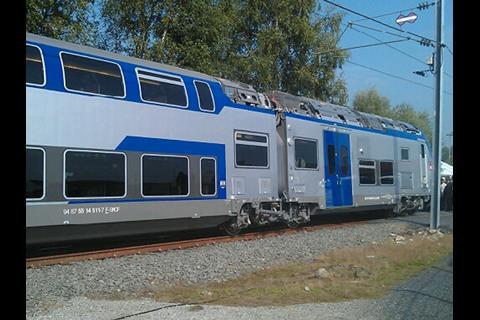 FRANCE: At a ceremony at its Crespin plant in northern France on September 25, Bombardier Transportation unveiled its Omneo double-deck electric multiple-unit to guests including SNCF President Guillaume Pepy and representatives of the six regions which have ordered the trains to date.

Bombardier said that the six-car EMU for Rhône-Alpes unveiled at Crespin was the eighth of a batch of nine pre-series sets to be produced. These are to undergo intensive approval and type tests ahead of series production of the remaining 120 trains on order, delivery of which is expected within two years.

Designated Régio2N by SNCF, the Omneo trains can be delivered in formations varying from six to 10 articulated cars. The Omneo is designed to suit multiple applications from regional to long-distance operation, with maximum speeds of between 160 km/h and 200 km/h for the inter-city option. Train lengths can vary between 81 m and 135 m, and a variety of interior configurations would be offered to meet market demand.

Under a framework agreement with SNCF, Bombardier has options to supply up to 860 trains, but the initial build will be used in the Aquitaine, Bretagne, Centre, Nord-Pas-de-Calais, Provence-Alpes-Côte d'Azur and Rhône-Alpes regions.

'This train is the right choice to meet the future needs of regional transportation not only because of its large capacity, passenger comfort and high performance but also thanks to the many configurations available, such as the InterCity V200 version', commented Lutz Bertling, President of Bombardier Transportation. 'Bombardier's Crespin teams have met an outstanding technical challenge by delivering a completely new industrial product as complex as this one, and in such a short time-frame.'