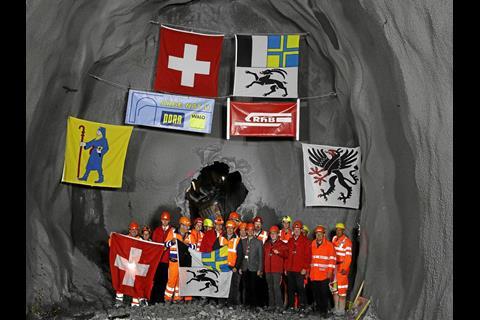 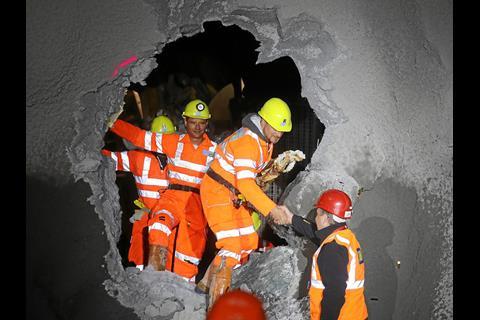 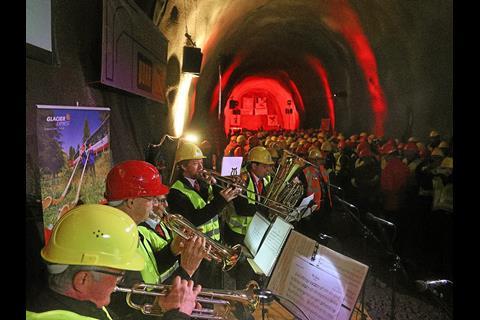 SWITZERLAND: Rhätische Bahn’s 5 860 m long new Albula tunnel was holed through on October 2. Train services are expected to start in late 2021 or early 2022, with more than 15 000 trains carrying 1·2 million passengers/year.

The existing 5 864 m long tunnel on the Chur – St Moritz route opened in 1903. An inspection in 2006 found it required major rehabilitation works, so RhB decided in 2010 to build a new tunnel. This would not be significantly more expensive and would enable services to continue to run during the construction period.

The SFr345m cost is being shared 85:15 by the federal government and the canton of Graubünden.

The old tunnel will be adapted as an emergency escape route, with 12 cross passages to the new tunnel.

Spinas station is to be extended as part of the project, while Preda station will receive a third track.