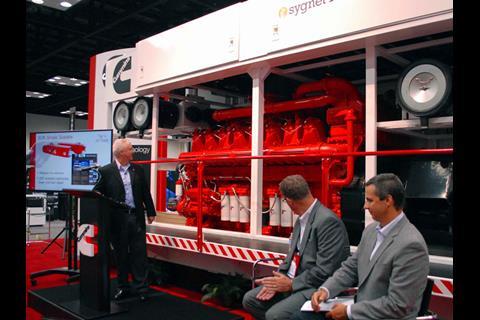 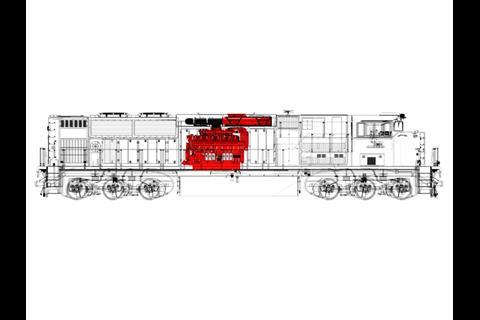 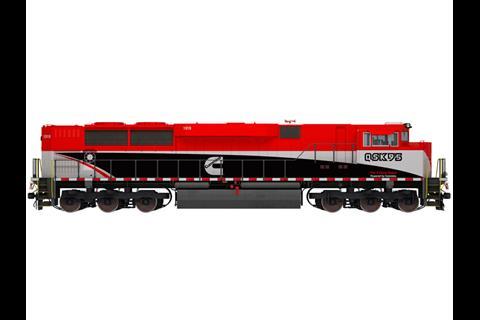 USA: Cummins Engine Co announced on September 29 that it is to launch a demonstrator locomotive for its new QSK95 diesel engine, which is expected to start trial running in the second half of 2014.

Speaking at the Railway Interchange exhibition in Indianapolis, Cummins' Vice-President & General Manager for the High-Horsepower Engine Business Ed Pence said the company was 'uniquely positioned' with a product to meet the Environmental Protection Agency's Tier 4 emissions standards which come into effect for rail engines in January 2015.

Rated at 4 200 hp at 1 800 rev/min, the 16-cylinder QSK95 was unveiled in November 2011. Cummins is currently building seven pre-production engines ahead of the start of series production in 2015. One of these is to be installed in a new locomotive power module being developed through a design collaboration with Sygnet Rail Technologies. The fully-enclosed power module will incorporate the diesel engine, alternator, cooling system and dynamic braking, along with the SCR exhaust aftertreatment system and Sygnet's power electronics for engine management and advanced telemetry. It is being designed as a 'drop-in' replacement for a variety of locomotive types, including the carbody elements.

Designated as CECX1919 for the year of Cummins' establishment, the demonstrator locomotive is being converted at the Sygnet plant in Washington state from a former UP SD90MAC once fitted with EMD's H series engine. The rebuilt loco is expected to undergo an initial 12 months of revenue service trials on the Indiana Rail Road. It will be used on 14 000 tonne coal trains, working in multiple with an existing SD9043MAC, and also on intermodal and mixed freight trains.

Pence added that Cummins was working with several other locomotive builders to re-engineer their products with low-emission diesel engines ready for the introduction of the Tier 4 standards. These include Motive Power Industries and NREC, which has already completed a Tier 4 compliant shunting locomotive powered by a pair of 600 hp QSX15 engines.