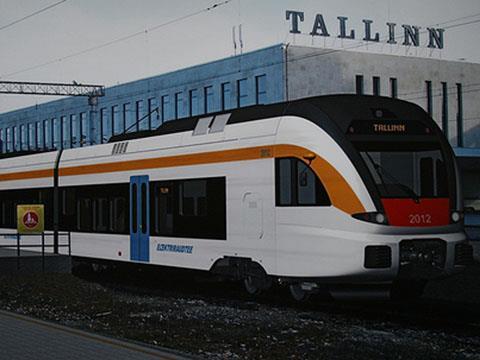 The EU Cohesion Fund is covering 85% of the 1·25bn kroon cost of the 3·3 kV DC Flirt electric units, with the government providing the remainder. Testing of the first train is planned for 2012, with deliveries of the EMUs from Stadler's Bussnang plant to be completed by the end of 2013.

The diesel units will be supplied by the end of 2014 under a 20-year lease, worth 85·2m kroons a year to be funded from the state budget. There is an option for a further 10 diesel units.

Minister of Economic Affairs & Communications Juhan Parts said the trains will be 'the first significant step in 20 years' for Elektriraudtee's network.

CAF had also tendered for the contract. The bids were evaluated against 15 factors including delivery times and noise as well as the purchase, maintenance and fuel costs.

Stadler entered the 1 520 mm gauge market in 2006 with a contract to supply Flirts for the Helsinki area. In March this year the Swiss firm announced a €60m order to supply 10 Flirts to Belarus Railways.