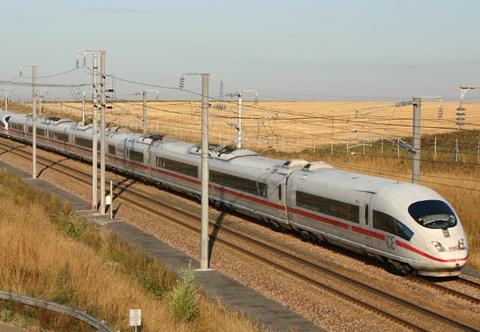 EUROPE: ‘Curbing mobility is not an option’. That is the one of the central tenets of the European Commission’s latest transport White Paper published on March 28.

Building on the previous document issued in 2001, the Commission has entitled its White Paper a ‘Road Map to a Single European Transport Area — towards a competitive and resource-efficient transport system’. Looking ahead four decades, it notes that further action ‘cannot be delayed, the choices we make today will determine transport in 2050’. To that end, the paper sets out 10 goals that need to be accomplished if the Commission’s target of a 60% reduction in carbon emissions is to be achieved by that date.

Whilst the Commission stresses that this is only achievable by encouraging a more efficient modal mix for the movement of passengers and freight, it notes that the rail industry has considerable work to do in the short term. The greatest ‘bottlenecks’ hindering the development of a Single European Transport Area are found in rail, it says, stressing that ‘the internal market for rail services must be completed as a priority’.

An open, competitive market would facilitate wider modal shift objectives which envisage 30% of road freight moved more than 300 km switching to rail or water by 2030, with 50% by 2050. Other goals include ‘completion of a European high speed rail network’ to allow ‘the majority of medium-distance passenger transport’ to be carried by rail. The TEN-T ‘core network’ should be ‘fully functional’ by 2030. The Commission also expects to achieve ‘essentially carbon-free logistics in major urban centres’ by 2050.

The paper confirms the Commission’s intention to consider the limited introduction of road charging for all road vehicles to ‘support moves towards the full application’ of the ‘user pays’ and ‘polluter pays’ principles. It also restates that internalisation of external costs is ‘necessary to establish a level playing field’ between directly-competing modes. However, the document then specifies that ‘before 2020’ the Commission will develop an approach to internalise ‘noise and local pollution costs’ across the European rail network.

On safety, the Commission intends to ‘enhance the role of the European Railway Agency’ to manage harmonisation of national standards. But more startling is its intention to ‘move close to zero fatalities in road transport’ by 2050.

Recommending the European Parliament and Council of Ministers to endorse its Road Map, the Commission concludes that ‘key initiatives’ will be put forward during the current mandate.