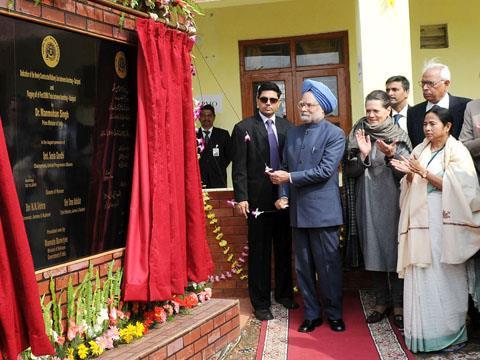 INDIA: Prime Minister Dr Manmohan Singh flagged off a train from Anantnag to Quazigund to inaugurate the final 18 km of the railway through the Kashmir Valley on October 28.

The currently isolated line will eventually be joined to the Indian rail network at Udhampur, providing an all -weather transport link between the state of Jammu & Kashmir and the rest of India which has been designated as a national priority.

Studies for the 1 676 mm gauge railway began in 1997 with research into engineering requirements and traffic forecasts. A detailed engineering study of the difficult route through mountainous terrain followed in 2001.

Ircon was responsible for civil works on the Kashmir Valley section of the route, including Quazigund which at 1 722 m is the highest broad-gauge station in India.

The Ministry of Railways said that the sections of the railway already in service opened has 'proved to be very popular', carrying more than 5 000 passengers a day.

'I congratulate the Indian Railways and the people of Kashmir for this achievement', said Singh at the latest inauguration. 'The day is not far when trains will run from Jammu to Srinagar through the Banihal Pass