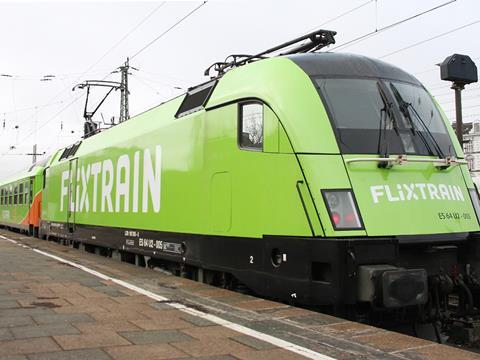 The FlixTrain-branded services would cover four domestic routes as well as one international route.

The application says that the trains are planned to be hauled formations using Class BB36000 multi-system locomotives or equivalent, with a capacity of between 400 and 1 000 passengers per train. FlixTrain is still in the process of receiving its operating licence and safety certificate, Arafer says.