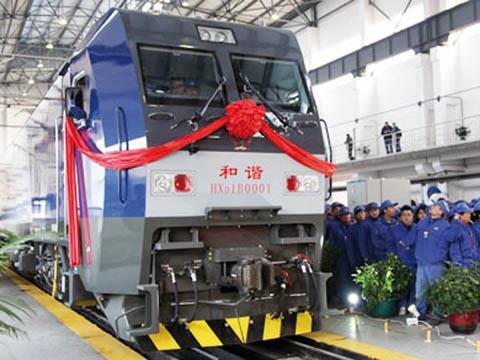 CHINA: The Ministry of Railways' Chengdu Railway Administration has placed an 8·6bn yuan order with China South for 590 six -axle 7·2 MW electric locomotives with AC drives. They will be built by CSR Zhuzhou (420) and CSR Ziyang (170) for delivery within 12 months.

The design was originally developed with Siemens, but CSR says the locomotives now have 92% local content.