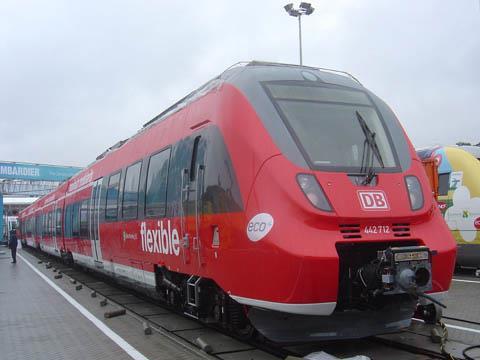 GERMANY: Deutsche Bahn has placed further firm orders for Bombardier Talent 2 electric multiple -units within the terms of a framework agreement for up to 321 of the modular trainsets.

The latest order announced on October 2 is worth €35m. It covers four three-car and four five-car Class 442 EMUs which will be operated by DB Regio Südost on Dresden - Leipzig services from summer 2011.

In September DB placed an €90m order for six three-car and 16 four-car Talent 2 units to be used by DB Regio Hesse on Mittelhessen-Express services from Frankfurt from December 2011.

DB has now ordered a total of 128 Talent 2 EMUs with the February 2007 framework agreement with Bombardier Transportation.