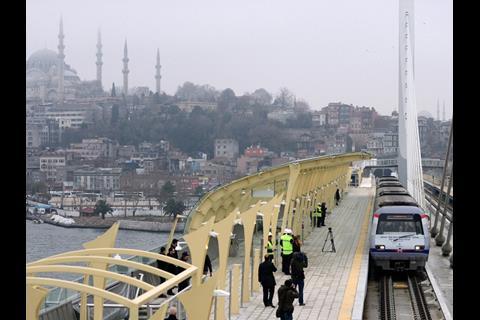 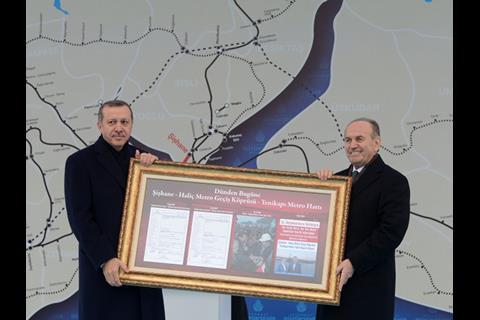 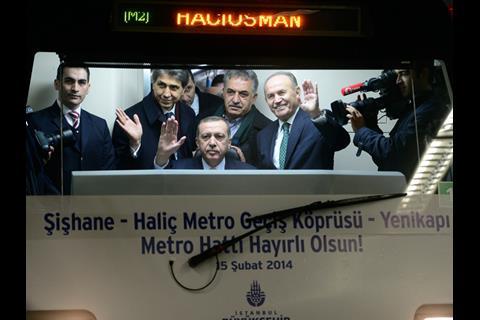 TURKEY: A 3·5 km extension of Istanbul metro line M2 from Sishane to Yenikapi including the Haliç metro bridge across the Golden Horn was opened by Prime Minister Recep Tayyip Erdogan on Febraury 15.

The US$671m extension connects the two parts of the European side of the city. There are three stations, including Haliç on the bridge and Yenikapi which provides an interchange with the Marmaray suburban link under the Bosporus to Asia.

The cable-stayed bridge built by a consortium of Astaldi SpA and Gülermak Agir Sanayi Insaat ve Taahhüt has a 460 m main span, as well as a swing section to enable the passage of ships.

Construction was 'a long story, and today we have reached a happy ending', said Istanbul Mayor Kadir Topbas at the opening. Work was delayed by four years and an extra US$53m spent as a result of archaeological finds including the remains of ships, and discussions with UNESCO about protecting the historic setting including the impact on views of the Süleymaniye Mosque.