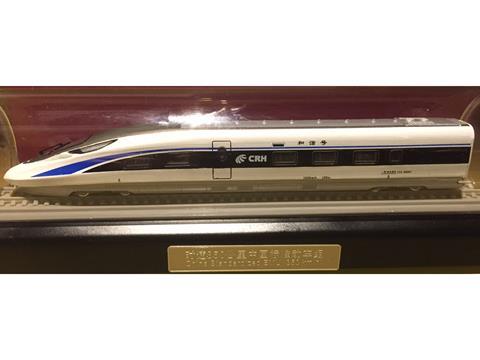 CHINA: The two prototype China Standard high speed EMUs being tested by China Railway Corp have successfully completed more that 600 000 km of trial running, under a programme that began in June 2015.

The 350 km/h China Standard EMUs have been developed using purely domestic technology, unlike the 23 types of high speed train currently operating in China which draw on international designs. Three trainsets were built by different manufacturers using standardised traction equipment, bogies and other key components, of which two were used for the testing programme. One, code-named Blue Dolphin, was built by CRRC Qingdao Sifang, while the Golden Phoenix was developed by CRRC Changchun Railway Vehicles and the third by CRRC Tangshan.

According to CRRC Chief Engineer He Huawu, the trains have demonstrated 'good compatibility with relevant international standards', and there has not been a single failure 'due to manufacturing defects or wheel-rail interaction'.

Following the completion of the testing programme at the end of October, the two prototypes have been returned to their respective manufacturers. They will now be stripped down for investigation, in order to assess the condition of key components after an estimated 630 000 km of operation.