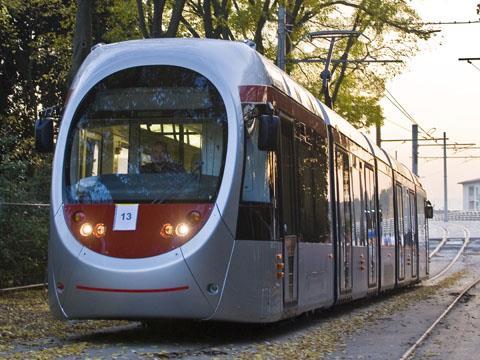 ITALY: Defence and aviation group Finmeccanica announced on November 18 that Hitachi Ltd had submitted the previous day an offer to buy its AnsaldoBreda rolling stock business and its 40% stake in signalling supplier Ansaldo STS.

A statement by the Italian group added that it intended to analyse Hitachi’s offer and begin a final negotiating process. Hitachi is one of two bidders which Finmeccanica’s advisors had admitted to ‘the final stage of the process for the acquisition of AnsaldoBreda’. The other was understood to be China CNR Corp.

Earlier in the week, Hitachi Rail Europe Managing Director Keith Jordan had confirmed the company’s interest in the two businesses, stating that reports in the Italian media were ‘essentially correct’. Hitachi is reported to have offered around €1·4bn to Finmeccanica, according to the Nikkei news agency.

Hitachi is already investing heavily in a rolling stock production facility at Newton Aycliffe in northeast England, which is due to open in the middle of next year. Any purchase of AnsaldoBreda would give it access to more manufacturing capacity in Europe, but it would also give Hitachi ownership of two suppliers firmly rooted in the European railway industry. The European railway suppliers association UNIFE has in the past criticised Hitachi’s involvement in the UK market on the grounds of a perceived lack of reciprocity for European companies to export their products to Japan.