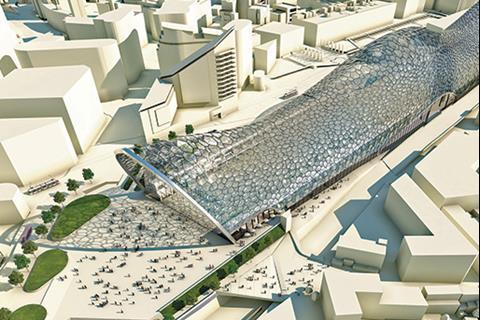 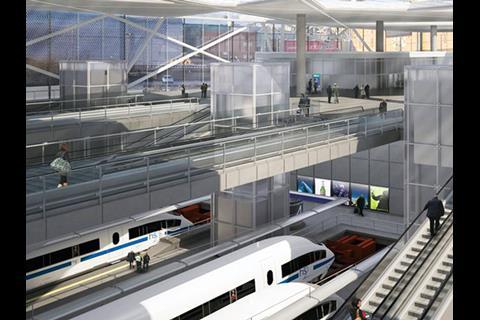 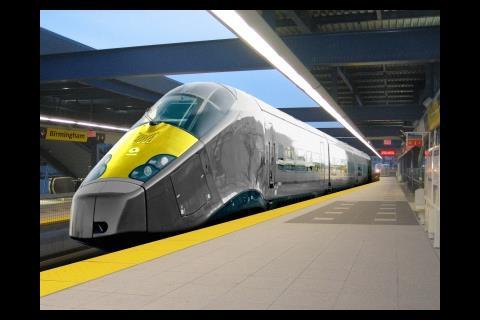 UK: The parliamentary bill for the first phase of the High Speed 2 project received Royal Assent on February 23, marking the final legislative step before full civil works can begin.

‘HS2 will be the world’s most advanced passenger railway and the backbone of our rail network’, said Transport Secretary Chris Grayling. ‘Royal Assent is a major step towards significantly increasing capacity on our congested railways for both passengers and freight; improving connections between the biggest cities and regions; generating jobs, skills and economic growth.’

Costed at £21·4bn including contingency, HS2 Phase 1 will link London with Birmingham and the West Coast Main Line near Lichfield, a total of 225 route-km. Trains would serve termini at an expanded Euston station in London and at Birmingham Curzon Street, site of the city’s first main line station which opened in 1838. This is adjacent to Moor Street station served by local and regional trains.

Intermediate stations are planned at Old Oak Common in west London, where interchange will be available with Transport for London’s Elizabeth Line, and at Birmingham Interchange, close to the city’s airport and exhibition complex.

Offering an anticipated journey time of 49 min between London and Birmingham compared to a standard timing of 1 h 24 min for current inter-city services, HS2 Phase 1 is expected to relieve the busy West Coast Main Line by taking most of the express services between London, Birmingham, northwest England and Scotland. The first HS2 trains are expected to run in 2026.

Under plans outlined in January by the Department for Transport for a West Coast Partnership franchise, a single operator will run inter-city trains on the WCML from 2019 and on HS2 for approximately three years after opening in 2026. The winning bidder’s priories will include working with HS2 Ltd in the mobilisation phase and remapping passenger services on the WCML to make use of capacity released by HS2.

Some preparatory works on the project have already begun under contracts worth £900m let in November last year. The government has also launched the process to procure an initial batch of up to 60 high speed trainsets meeting UK loading gauge to operate trains over the Phase 1 route.

Subsequent phases will see HS2 extended north from Lichfield to Crewe (phase 2a) and from Crewe to Manchester and Lichfield to Leeds (phase 2b). These extensions will be taken forward under separate parliamentary legislation to be brought before MPs before the end of 2019; they are scheduled to open in 2033.