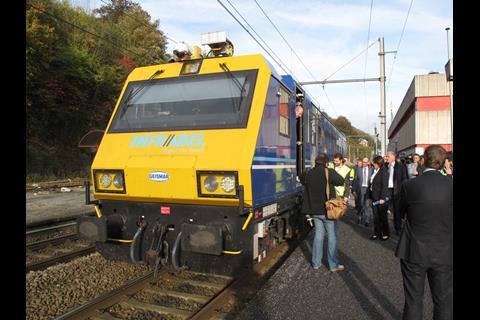 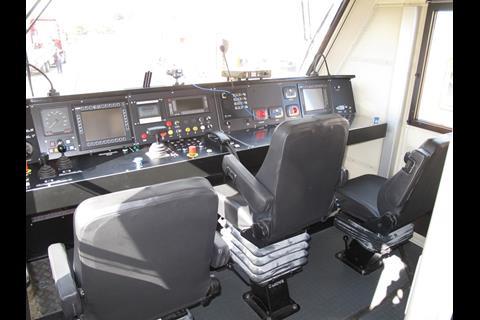 BELGIUM: Recently-appointed Transport Minister Jacqueline Galant joined Infrabel CEO Luc Lallemand and his SNCB counterpart Jo Cornu at Dinant on October 20 to inaugurate ETCS 1 on 160 km of TEN Corridor 2 between Namur and Athus, near the border with Luxembourg.

The work included installing 1 900 balises and onboard equipment in 250 cabs. The total cost of the project was €24·7m, of which half was funded by the European Union – this section of the North Sea – Mediterranean Corridor carried 9 million tonnes of freight in 2013. The longest continuous section of ETCS commissioned in Belgium to date, it brings the length of ETCS-equipped route to 681 km out of a total network of 6 472 km.

According to Infrabel, the train protection Master Plan is proceeding on schedule; all SNCB trains were equipped with the interim TBL1+ system by the end 2013, and all tracks will be fitted by the end of 2015. TBL1+ triggers an emergency stop if any approaches a red signal at more than 40 km/h. By the end of this year, 20% of the SNCB fleet will be using ETCS in regular service. Another 17·7% has it installed but not yet operational.

SNCB recently ordered Alstom Atlas 200 ETCS Level 2 onboard equipment for 449 trains, at a cost of €70m, and expects to have all of its operational fleet equipped by the end of 2023. Meanwhile, Infrabel expects to complete its ETCS programme by the same date, having selected Siemens and Cofety-Fabricom for a €510m contract to develop, install and maintain the ETCS Level 2 lineside equipment.

Following the ceremony, guests boarded the Infrabel ETCS test car for a trip over the line. However, this was halted at Jambloux by protestors objecting to the government’s plans to cut its funding to Infrabel and SNCB by €188m a year. The minister emphasised that safety remained her highest priority and insisted that the ETCS Master Plan would be completed as envisaged.