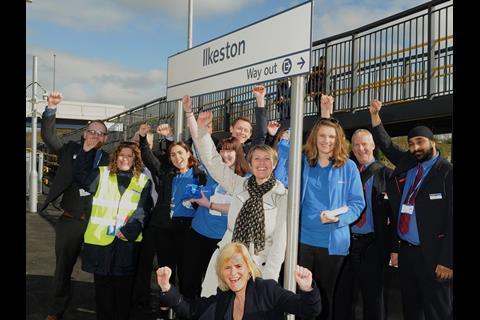 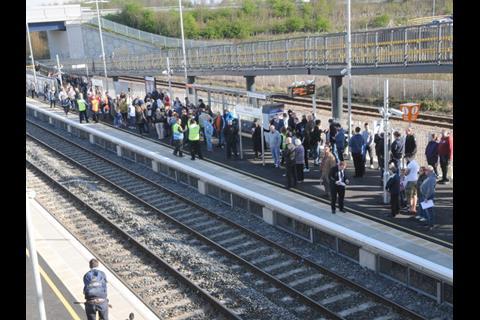 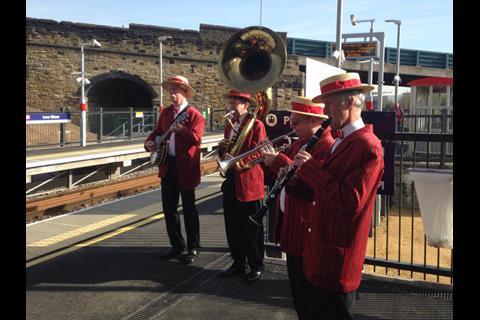 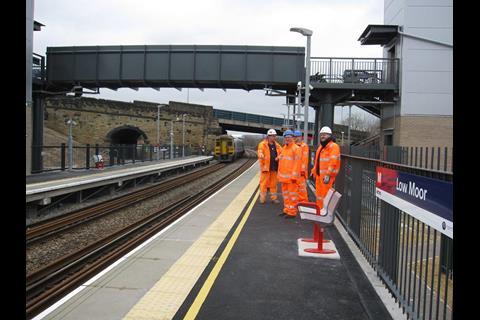 UK: New stations at Ilkeston in Derbyshire and Low Moor in West Yorkshire opened on April 2.

Passenger trains began calling at Ilkeston for the first time since 1967 with the opening of the £10m station following a project led by Derbyshire County Council. This was supported by an £4·5m allocation from the Department for Transport’s New Stations Fund announced in May 2013, when the project was costed at £6·5m. The station is served by Northern and East Midlands Trains.

Aecom was responsible for the design and provided multidisciplinary services over four years, including engineering support and the rehoming of great crested newts whose presence delayed the start of construction until early 2016.

The former mine site is prone to flooding, and so Aecom developed a bespoke pre-fabricated platform design which uses complex pre-cast concrete beam and slabs to minimise the impact of floodwater. Piles cast in situ with bentonite slurry were used instead of driven steel piles to mitigate the risk of underground fires during construction as a result of any remaining coal in the area. In addition, an innovative foundation design to support the footbridge resists earth pressure from two directions.

‘The county council decided to push for the £10m station to make commuting into Nottingham, Chesterfield and other towns along the line quicker for local people, opening up more opportunities for education, jobs and leisure’, said Derbyshire County Council’s Strategic Director for Economy, Transport & Communities Mike Ashworth. ‘We hope it will mean more people travelling into Ilkeston too and encourage more businesses to set up in the town to boost the local economy.’

The £10·8m Low Moor station between Bradford Interchange and Halifax opened on the same day, ahead of formal ceremonies on April 3. The third new station to open in the Leeds City Region within 14 months after Apperley Bridge and Kirkstall Forge, Low Moor has been developed by the West Yorkshire Combined Authority in partnership with Network Rail, Northern and City of Bradford Metropolitan District Council.

Low Moor is served by Northern and Grand Central. It is expected to attract park and ride users from the M62 motorway, and be used by more than 500 000 passengers/year.