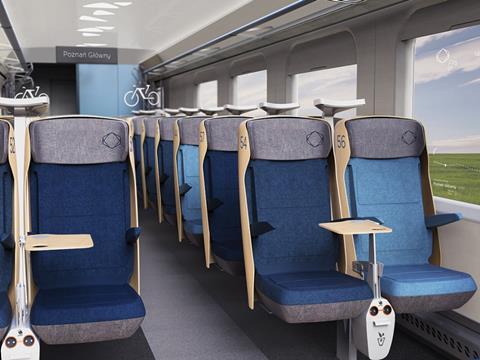 POLAND: Long-distance operator PKP Intercity has signed a contract with Poznań-based FPS H Cegielski for the design and manufacture of up to 81 TSI-compliant coaches for operation at 200 km/h.

FPS had been announced at the end of last year as sole bidder for the tender issued in June 2017; at that time the base order for 55 coaches was valued for 474m złoty, with options for 26 more worth 224m złoty. Announcing the contract signing on March 7, FPS put the total contract value at 564m złoty.

The vehicles will be equipped with Type 25AN bogies manufactured by FPS, which the company said have already been proven in revenue service with more than 40 million km of operation.

Delivery of all vehicles including the option must be completed within 48 months. A further four years has been allowed for the supplier to obtain the necessary certification for the vehicles to operate into the Czech Republic, Germany, Austria, Slovakia and Hungary.