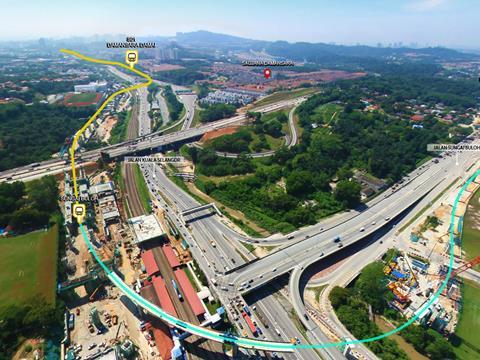 MALAYSIA: Mass Rapid Transit Corp announced the award of four contracts for the Klang Valley MRT Line 2 project on May 12. The 52·2 km line, also known as the SSP Line, will link Sungai Buloh, Serdang and Putrajaya.

Package SY201 covering signalling and train control systems was awarded to a consortium of Bombardier and Global Rail and is worth 458m ringgit.

The contracts were awarded on the basis of the best evaluated tender, taking into account technical and commercial aspects rather than the lowest price.

'Earlier, we saw many of our civil works being awarded’, said MRT Corp CEO Shahril Mokhtar. ‘We have now moved to the stage where we are awarding systems work packages. This is very good progress for the SSP Line.’