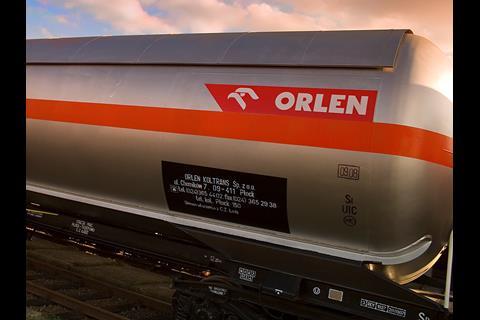 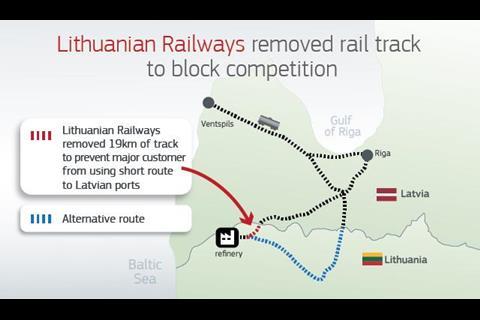 ‘LG used its control over the national rail infrastructure to penalise competitors’, said Margrethe Vestager, Commissioner in charge of competition policy, on October 2 . ‘The EU needs a well-functioning rail freight market. It is unacceptable and unprecedented that a company dismantles public rail infrastructure to protect itself from competition.’

Polish oil company Orlen is a major customer of LG, and in 2008 considered transferring its business to another operator. In October of that year the vertically-integrated national railway removed the track on a 19 km line close to Orlen’s refinery, meaning a competitor would need to use a much longer route. The dismantled line has not been reinstated.

Following a complaint by Orlen, the European Commission carried out inspections at the premises of LG in 2011 and opened formal antitrust proceedings in March 2013.

It found that LG had failed to show any objective justification for the removal of the track, which had hindered competition by preventing its customer from using the services of another operator. This was deemed to be in breach of Article 102 of the Treaty on the Functioning of the European Union which prohibits the abuse of a dominant market position.

LG said it would examine the decision and decide how to proceed. ‘We will seek to solve this inherited issue, as well as other problems that come from the past, in the most economically optimal and least harmful way for LG’, said Managing Director Mantas Bartuška. ‘It is still too early to say which path we will choose’.

LG pointed out that the line in question was not the only cross-border route, it claimed the track was in poor condition and that levels of usage were not sustainable.