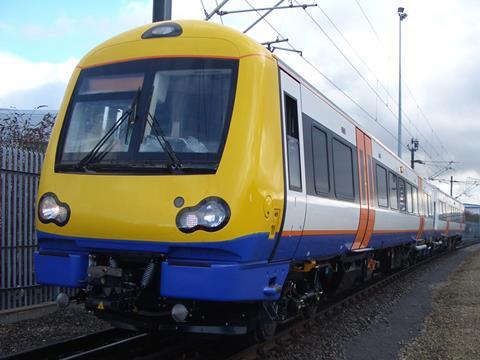 UK: Bombardier, CAF, Hitachi and Siemens have been shortlisted for a contract to supply 39 four-car ‘metro-style’ electric multiple-units for London Overground services, Transport for London announced on July 15.

Tenders are to be submitted by the end of October, and TfL expects to announce the successful bidder by March 6 2015. Deliveries are scheduled to take place between summer 2017 and spring 2018.

‘We welcome the wide international interest from the rolling stock market in bidding for this order and look forward to engaging with the chosen manufacturers to define a standard that will set a new benchmark for TfL for many years to come’, said Mike Brown, TfL’s Managing Director of London Rail. Hyundai Rotem and Stadler Bussnang had also expressed interest in the contract.

The order will comprise 31 EMUs to be deployed on services from London Liverpool Street to Enfield Town, Cheshunt (via Seven Sisters) and Chingford, as well as the Romford – Upminster line. TfL’s London Overground concessionaire LOROL is to take over these services on an interim basis from May 31 2015, operating the existing rolling stock. The services will then be merged into the overall London Overground concession when it ends in November 2016 and is re-let.

The remaining eight EMUs are to replace two-car Bombardier Class 172 diesel multiple-units operating on the Gospel Oak – Barking route which is to be electrified by summer 2017.