POLAND: An invitation to bid for a high speed line feasibility study is due to be issued by the end of the year, kicking off a process that could see a Y–shaped route enter service in 2019. 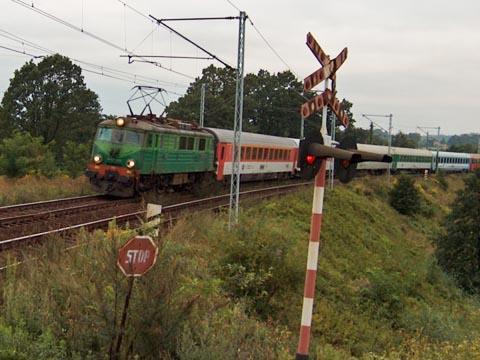 In August the Polish government’s High Speed Rail committee, which includes representatives from several ministries, PKP SA and infrastructure manager PKP PLK SA, approved a draft policy document entitled The Programme for Construction and Launch of HSR Services in Poland. Accompanied by an environmental impact assessment study, the document was submitted for consultation to other government departments and non-governmental agencies, and this month should see the programme receive the seal of approval from the Council of Ministers.

The programme envisages that a special purpose vehicle will be set up before the end of the year to manage the process of building high speed lines. There were suggestions that specific legislation was required for construction of high speed railways, but the government decided that current regulations would suffice to ensure timely completion of the project. This approach is in marked contrast to Poland’s trunk road construction strategy, which is regulated by a special law.

It has taken a long time to reach the point where planners can look forward to real progress with high speed rail. Between 1990 and 2005 several studies for Poland’s high speed line were initiated by public and private entities, and this was followed during 2005 by completion of a government-backed pre-feasibility study. A major objective of these studies was to convince sceptics that a high speed rail service was needed and that it could be economically justified.

In late 2007 newly-elected Polish Prime Minister Donald Tusk stated that the development of a high speed rail system would constitute one of his government’s key infrastructure priorities. About €80m from the EU’s Cohesion Fund was allocated for preparatory works in 2007-13, and this should suffice to cover the costs of a feasibility study, environmental documentation, geological permits and some land acquisition. Terms of reference and an invitation to bid for a full high speed rail feasibility study will be published by the end of the year.

Last year PKP PLK established a special office for high speed rail development, and this office spearheaded initial work on developing assumptions for high speed rail strategy and marketing activities. It also invited prominent academics and experts in rail transport to advise on preparations for the high speed project, and this body was formally established in late 2007 as the Scientific High Speed Rail Council. All this activity has stimulated strong interest and support from regional governments in Lódz, Wroclaw, Warszawa and Poznan.

The proposal concerns construction of what has become known as the Y-Line, a route linking Warszawa via Lódz with Kalisz, where it will fork with branches serving Poznan and Wroclaw. Construction will be accompanied by a programme of intensive upgrading and modernisation of Poland’s conventional main lines (p802). This aims to achieve line speeds of 200 km/h on major arteries and 250 km/h on the Warszawa - Kraków line, paving the way for a network of fast connections to all of Poland’s major metropolitan areas - which is exactly in line with the recently published Master Plan for Poland’s Rail Transport until 2030.

The Y-Line will also allow rail to compete with air on the important Warszawa - Berlin route and provide an opportunity for a direct connection with the rest of Europe’s high speed network. Construction of the Y-Line is scheduled to begin in 2014 and end in 2019.

The capital cost is estimated to average €12m per km, putting the price of the 500 route-km project at €6bn or 22bn zloty. A further €900m or 3·2bn zloty will be spent on a fleet of 35 trainsets, for which bids were due to be submitted by September 25.

The project is to be funded by a combination of financial instruments such as EU grants, a 20-year credit from EIB and the state budget, together with a possible contribution from private investors - although it is not clear what role the government would like the private sector to play. Short-term credits will be used to ensure the project’s financial sustainability during the construction period.

Development of the Y-Line will pose many technical and engineering challenges. Although Poland’s rail industry has significant technological potential, there will be opportunities for international co-operation in the design and construction processes - it does not appear that the Poles intend to reinvent the wheel and construct the line themselves. Indeed, it would appear that Poland is anxious to co-operate with leading high speed rail construction companies and equipment manufacturers.

After years of talk and inaction, Poland at last is becoming serious about joining the European high speed rail club. For the first time there is some real activity which should interest prospective investors and industry partners. The Y-Line should also receive support from the European Union as it is consistent with its long-term transport and regional development strategies.

Once the high speed line opens, and other conventional routes have been upgraded, trains are expected to operate every 2 h between Warszawa and Berlin and Warszawa and Szczecin, combining to provide an hourly service between the capital and Poznan, reports Ryszard Piech.

Two of the trains to Szczecin will start from Lublin, while during peak hours three trains will operate from Warszawa to Zielona Góra, giving a 30 min interval service between Warszawa and Poznan. These trains will run without calling at Lódz, but a two-hourly pattern will be introduced on the Wroclaw - Lódz - Warszawa corridor, with hourly services in the peak.

On the section between Lódz and Warszawa, hourly commuter trains will run to complement the Wroclaw - Warszawa service. Lastly, Kraków - Lódz - Poznan - Szczecin trains, running along the central corridor and then via the high speed line, will operate at two-hourly intervals.