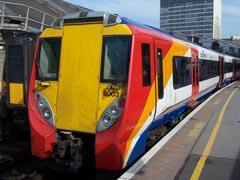 UK: On October 27 Porterbrook Leasing confirmed reports that the company is being sold by its parent Abbey National. A consortium of three European banks has entered into a definitive agreement to acquire 100% of the rolling stock leasing company, with completion expected by the end of this year subject to regulatory approval.

Deutsche Bank is leading the purchase, in consortium with Lloyds TSB and BNP Paribas through its infrastructure fund Antin Infrastructure Partners. The value of the deal is put at £1·4bn, the same amount that Abbey paid when it acquired the company from Stagecoach Group plc in April 2000. It will be one of the largest deals done since the start of the current banking crisis.

'I am very pleased to have concluded this transaction in the current difficult circumstances', said Porterbrook Managing Director Paul Francis. 'The new equity consortium will provide Porterbrook with a sound base to develop the business further and to continue to invest in UK rail.'

Established in 1994 as part of the privatisation of British Rail. Porterbroook was sold to a management and staff buyout in January 1996. In August of the same year it was bought by Stagecoach, who sold it on to Abbey in April 2000.

Porterbrook had been on the market since Banco Santander acquired Abbey in 2004. Its sale follows that of Angel Trains in June this year to a consortium of investors in a transaction which valued Angel at £3·6bn.

HSBC has also recently appointed advisers to supplement an internal review of the future of HSBC Rail, the third rolling stock leasing company formed from BR.

As with Angel Trains, it seems likely that the new owners of Porterbrook will be focusing on the continental European traction and rolling stock market. Porterbrook had been expanding its European activities strongly, until this policy was aborted after the Banco Santander takeover.

New orders for the fragile UK market could thus be competing for funding with an expanding European market, where residual values are high and the political risks are low.