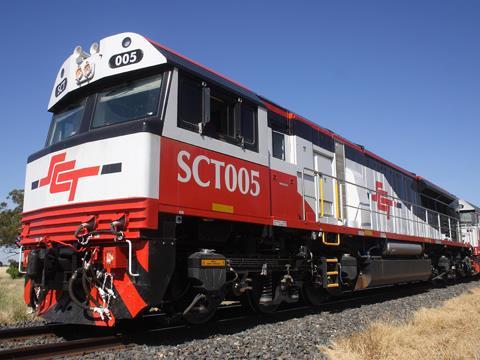 AUSTRALIA: Downer EDI announced on December 12 that it had signed an agreement with Queensland Rail to lease nine GT46Ace diesel locomotives to QR National's expanding standard-gauge intermodal business. The first loco was expected to be delivered before the end of the year, and the remainder by mid-2009.

Valued at A$45m over the initial five-year term, the contract covers supply and maintenance of the locos, which are being assembled at Downer EDI Rail's Port Augusta and Cardiff facilities, together with spare parts. It includes options to extend the lease for a further five years.

The locos are being provided through a wholly-owned leasing vehicle, Locomotive Demand Power Pty Ltd. Chief Executive Officer Geoff Knox said 'expansion into the locomotive lease market represents an exciting new era for Downer EDI', adding that 'we have already received a number of enquiries from other clients'.

According to QR Chief Executive Lance Hockridge, the leased locos will give QR 's intermodal business a competitive advantage in the A$1·2bn/year national rail freight market. 'The leasing agreement is another sign of QR's sharper customer focus, commitment to the national intermodal market and plans to leverage market growth opportunities', he said.