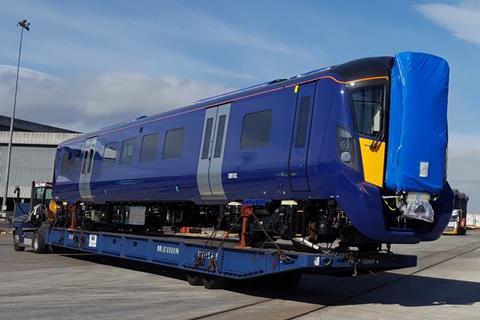 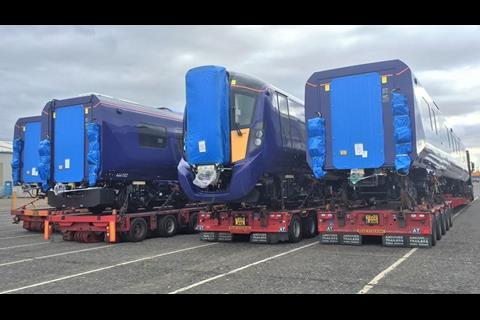 UK: ScotRail reports that testing of the Class 385 electric multiple-unit is now underway at the Velim test circuit in the Czech Republic, with the first trainset ‘successfully meeting its design speed within weeks’.

Hitachi Rail Europe is supplying a total of 70 Class 385s for ScotRail, comprising 46 three-car and 24 four-car units. The first seven are being built at the Hitachi plant at Kasado in Japan.

The second trainset to be completed, a four-car unit without interior fittings, has now arrived in the UK following a five-week sea voyage. It is due to begin testing in Scotland later this year, and ScotRail reports that Hitachi has begun work on the remainder of the fleet at its UK plant in Newton Aycliffe.

Following dynamic testing, driver training on the Class 385 is due to begin in spring 2017. The new fleet will then be phased into passenger service from autumn 2017.