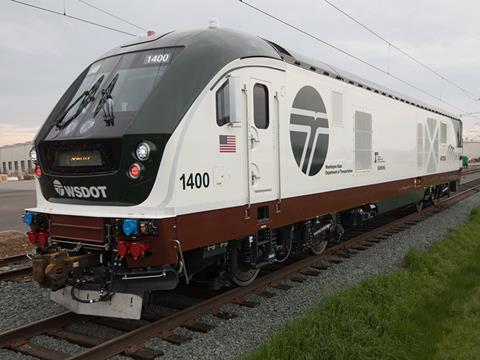 USA: The first of eight SC-44 Siemens Charger diesel-electric locomotives ordered by Washington State Department of Transportation has been rolled out at the manufacturer’s Sacramento plant.

The locomotives are to be used with Talgo coaches on the Cascades service from Eugene, Oregon, to Vancouver in Canada, which is operated by Amtrak on behalf of WSDOT and the Oregon Department of Transportation.

The 4 400 hp SC-44 locomotives have Cummins QSK-95 engines with Selective Catalytic Reduction to meet the Tier 4 emissions standards, and are designed for a maximum speed of 200 km/h.