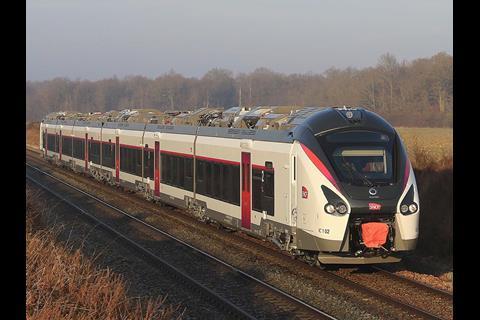 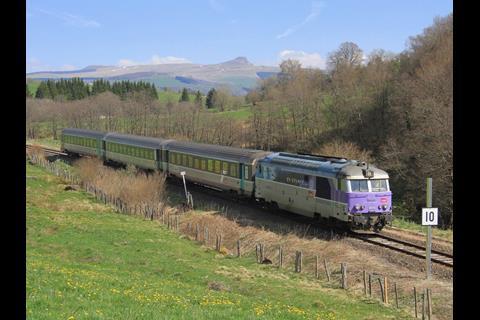 FRANCE: SNCF Mobilités has awarded Alstom a €250m contract to supply a further 30 Alstom Coradia multiple-units. These are scheduled to be delivered from September 2018 for use on Trains d'Equilibre du Territoire long-distance services on the Paris – Amiens – Boulogne, Paris – Bourges – Montluçon, Clermont-Ferrand – Nîmes, Toulouse – Hendaye and Bordeaux – La Rochelle and Bordeaux – Limoges routes.

The electric and electro-diesel units will feature large doors for rapid boarding and alighting, large windows and reclining seats with power sockets. There will be two types of interior, offering ‘main line’ and ‘regional’ levels of comfort.

The contract announced on April 3 follows from a previous order for 34 Coradia Liner trainsets for use on inter-city services. ‘The first Coradia Liner Intercity trains, which run at 160 km/h, were approved and delivered at the end of 2016 and placed into commercial service in February 2017’, said Jean-Baptiste Eyméoud, President of Alstom in France. ‘This additional order is excellent news and will ensure the workload of our Reichshoffen site for 2018.’

Six of Alstom’s 10 sites in France will be involved in the production of the trainsets: Reichshoffen (design and assembly), Ornans (motors), Le Creusot (bogies), Tarbes (traction equipment), Villeurbanne (electronics) and Saint-Ouen (design).