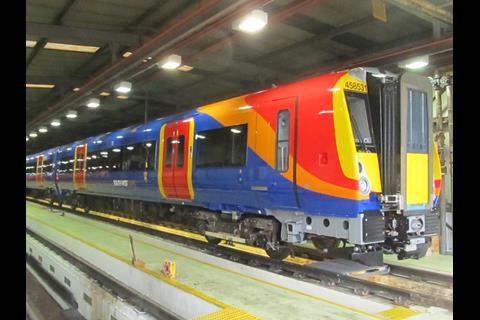 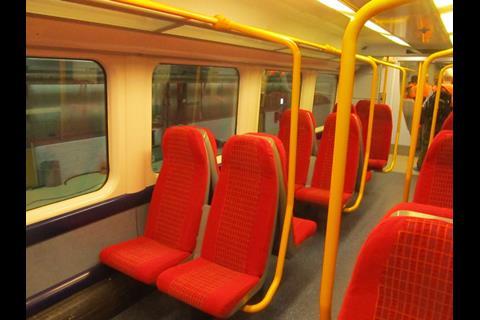 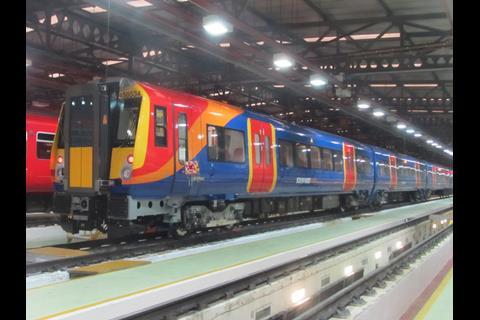 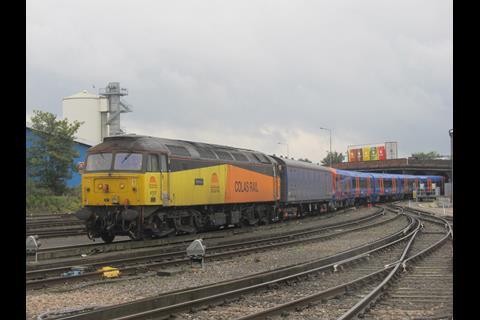 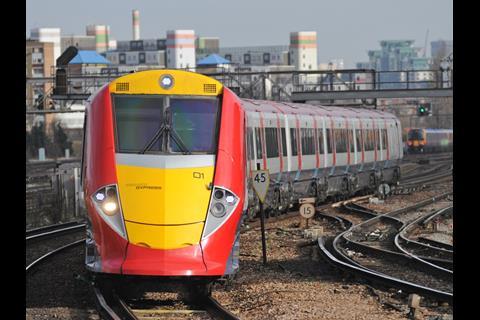 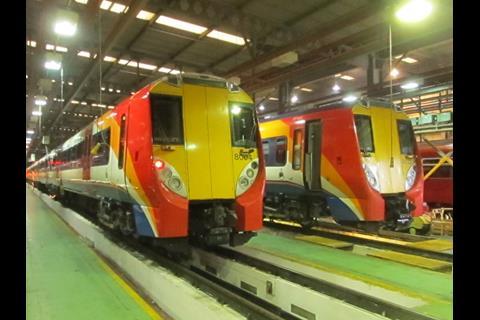 SWT's existing 30 four-car Class 458 EMUs are also being extended by one vehicle. All the rebuilt units are expected to be in service by February 2015.

The work is being undertaken at Wabtec's Doncaster and Loughborough plants, with the involvement of original manufacturer Alstom. Changes include a new interior designed to accommodate more standing passengers.

The new front end incorporates Hübner gangways and Voith couplings. The original Class 458 gangways were not approved for public use, and joining and splitting of sets had proved problematic. As part of the business case for 10-car trains presented to the Department for Transport, SWT argued that the operational convenience to be gained by solving these problems would justify the additional cost. 'It's the right thing to do from a holistic railway point of view', said Christian Roth, Engineering Director at the SWT/Network Rail Alliance.

The overall cost of the rolling stock element of the 10-car project is £42m, which is being financed by leasing company Porterbrook. SWT's higher leasing charges will be offset by correspondingly lower premium payments to DfT which was keen to see capacity increased.